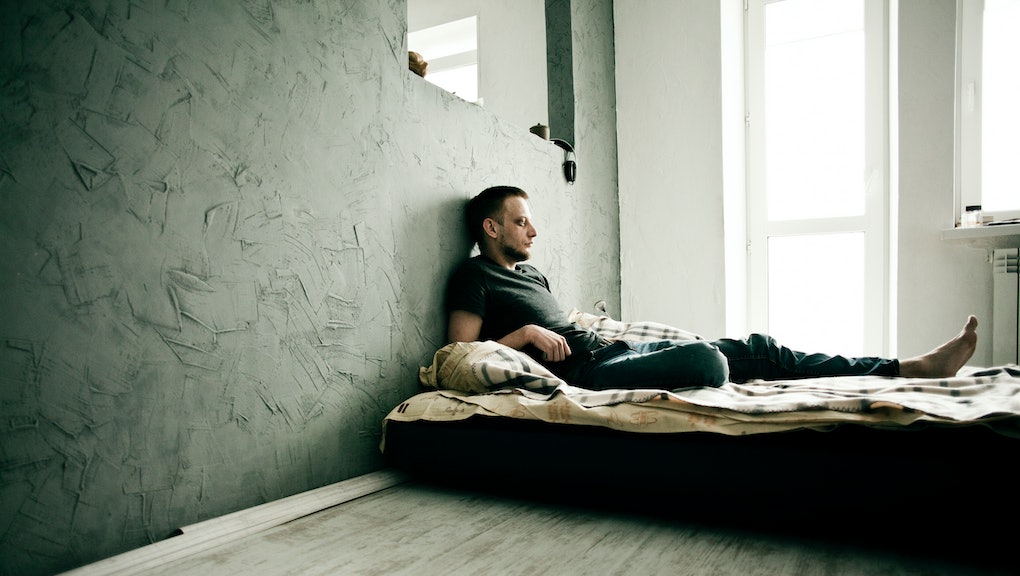 The most salient indicator of inequality in the United States today is the top 1% — those Americans who have managed to live like kings while the rest of society has largely languished in recent years.

But perhaps it's time to start discussing another exclusive rung of the socioeconomic ladder that seems to defy the conditions that everyone else faces: the bottom 4%.

According to an extraordinary new book, $2.00 A Day: Living on Almost Nothing in America, roughly 1 in every 25 households with children in America survives on a cash income of $2 a day per person, a special kind of poverty typically only associated with the developing world.

The book, written by social scientists Kathryn Edin of Johns Hopkins University and H. Luke Shaefer of the University of Michigan, presents research showing that as of 2011, 1.5 million households with roughly 3 million children were surviving on cash incomes of no more than $2 a day. Due to the systemic problems in the economy and public policy that created the problem, those numbers may only increase in years to come.

Americans earning just $2 a day — equivalent to the cash income of the 2.2 billion poorest people around the world — have fallen through the gaping holes of a social safety net designed to prop up the working poor but with few safeguards for those who cannot find jobs. Since the mid-1990s, when welfare was gutted under the Clinton administration, the number of families surviving on less than $2 a day has more than doubled.

The authors argue that trends in the economy, housing and the government's commitment to aiding the poorest of the poor have given rise to "a new form of poverty that defies every assumption about economic, political and social progress made over the past three decades." And it's not going to go away on its own.

Who are they? No one face represents an American who survives on $2 a day. People who live at this rate of poverty can be found in every region across the country, although they're more concentrated in the South, as Edin and Shaefer write. While minorities are disproportionately represented in this group, nearly half are white. Single mothers are most at risk, but plenty of married couples experience the plunge as well.

The notion of living on less than $2 a day may conjure up the idea of some kind of permanent underclass of drifters who have always lived in the shadows. But most of the poorest households include adults who once held jobs and often had decent living situations.

"These were folks who not too long ago had been working, and thought of themselves as workers," Shaefer explained in an interview with Mic. "We would see in the stories of families as well as in the data that the single biggest reason someone would fall into a spell of $2-a-day poverty was because they had lost a job."

Of course, losing a job doesn't usually push people into the level of destitution that Edin and Shaefer chronicle. In most cases, a series of unfortunate circumstances would conspire to destabilize some already precarious living.

"It's a combination of an incredibly inflexible and unstable labor market, combined with fairly unstable personal lives," Shaefer said. "The interaction of these things leads them to be at high risk of losing a job, and when they lose a job, things sort of spiral down from there."

One of the most striking aspects of Edin and Shaefer's field research was the double-edged nature of relying on family and friends as a support network. People unable to pay the rent often double up with family and friends while searching for another job. While much of the time the freedom from worrying about paying rent is a godsend, for others it often drags them down to a much darker place.

Families are often in a crisis situation when they move in with someone else, and they're not in a position to protect against the threats that accompany new intimacy. A significant subset of the families ended up experiencing some kind of abuse that would cause even more distress on top of their economic hardship. All of a sudden families are torn between life on the streets or trying to find a way to survive while wedged into incredibly trying social circumstances, often cohabiting with people who are faring quite poorly themselves.

Extreme poverty is a slippery slope, and if there's nothing there to catch you, you keep sinking further.

The causes: There are several factors that Edin and Shaefer say explain most of the rise of $2-a-day poverty, including a scarcity of affordable housing and the vulnerability of low-wage workers to volatile schedules and protracted unemployment.

On the policy side, the problem isn't simple negligence of the poor. The government actually spends significantly more on aid to the poor that it did 25 years ago. What's changed is the focus on working families. The expansion of policies like the earned income tax credit provide a significant wage boost to people who have jobs, but deliver no benefits to someone without one.

In 1996, the reform of the welfare system abolished cash assistance as an entitlement for needy Americans, and replaced it with a system that places time restrictions and a work requirement for cash assistance. Perhaps most importantly, the federal government decided that the grants it gave to states for cash assistance were not required to be used for that purpose, which in turn created an incentive for states to keep their welfare rolls low so they could use the money for other services.

"The federal money is used to ease state budgets, and you've created a structure where Temporary Assistance for Needy Families — the new welfare — is the welfare system for the states rather than for people," said Shaefer.

What is to be done? Shaefer says that low-wage work is a "decidedly shaky foundation for resting a safety net on," and thinks that cash assistance for the poor should be reformed to reflect that. But he said that he and his co-author's research led him to focus on something that he hadn't valued as much before: jobs.

"People would really rather work a stable job that has respect and provide for their own families than to be on assistance," Shaefer said.

By his lights, while a more robust safety net is a moral necessity, society would be best served by the idea of a guaranteed job. The path to creating a job for every adult that can work is a reality that has eluded social thinkers for centuries, but there's no doubt that a significant bit of it can be coordinated by creative partnerships between government and employers.

But the first step to solving a problem is acknowledging that it exists. So far, the $2-a-day Americans are invisible.