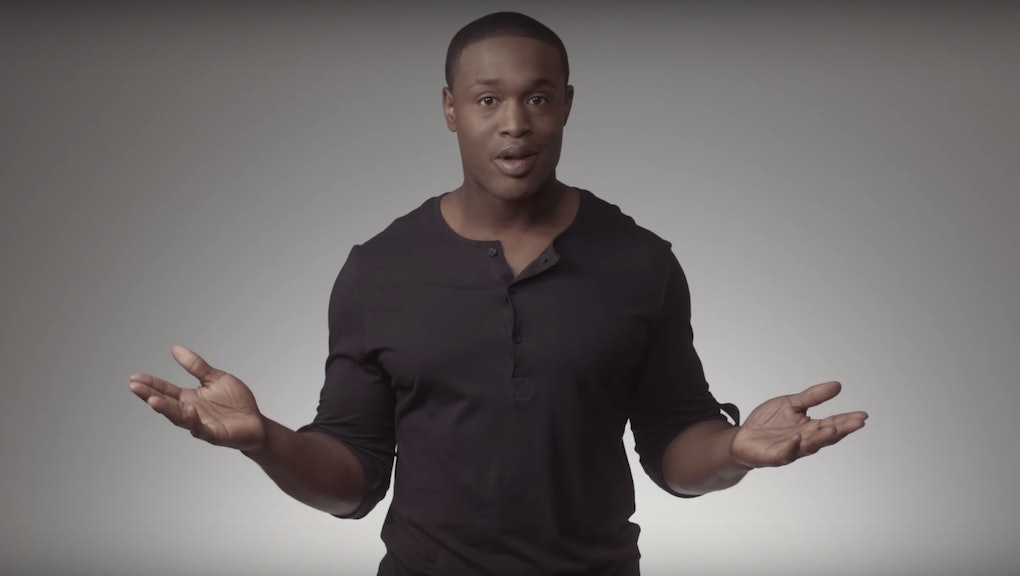 How Do You Know if Someone's Cool With Having Sex With You? Check This Handy Guide

It's a question as old as time itself: How do you know if someone wants to have sex with you? Is it when they bite their lip seductively? When they gaze deeply into your eyes and lead you to their boudoir, where they slowly feed you various fruits and meats? Or is it when they ask if you want to come over for Netflix and chill?

The answer to this question obviously varies somewhat depending on the couple. But a new video by Planned Parenthood breaks it down to one simple answer: You need to have consent.

For those confused about what consent actually looks like IRL, the (frankly extremely dishy) fellow in this video helpfully breaks it down for you.

For a sexual encounter to be truly consensual, both parties have to check in at some point and verbally affirm that what's going down is totally OK. As the video notes, "Silence does not equal consent."

That said, there are also a number of nonverbal cues that can tell you when someone's ready to have sex. The video runs through the different types of body language that can indicate whether someone's enjoying a sexual encounter or whether they just want you to GTFO:

Consent is sexy: It's a common misconception that asking a partner for explicit consent can be awkward in the heat of the moment. But contrary to popular belief, asking for consent doesn't have to interrupt the flow of a particularly hot and heavy sexual encounter. In fact, as this video amply demonstrates, it can often be kinda hot.

The video is clearly aimed at a college-aged audience, and for those who are well-versed in the concept of affirmative consent, its message might seem a little bit paint-by-the-numbers.

But in a way, that's kind of the point: Despite what critics of campus affirmative-consent policies might say, the video demonstrates that it's really not that weird or awkward or difficult to take a moment during a hookup to pause and see how your other partner is feeling. Instead, it's a great way to be more in tune with your partner's needs and desires — which will ultimately lead to way better sex.

For more information on consent, you can check out Planned Parenthood's YouTube playlist, featuring three other videos on the subject. You can also watch the whole video below.