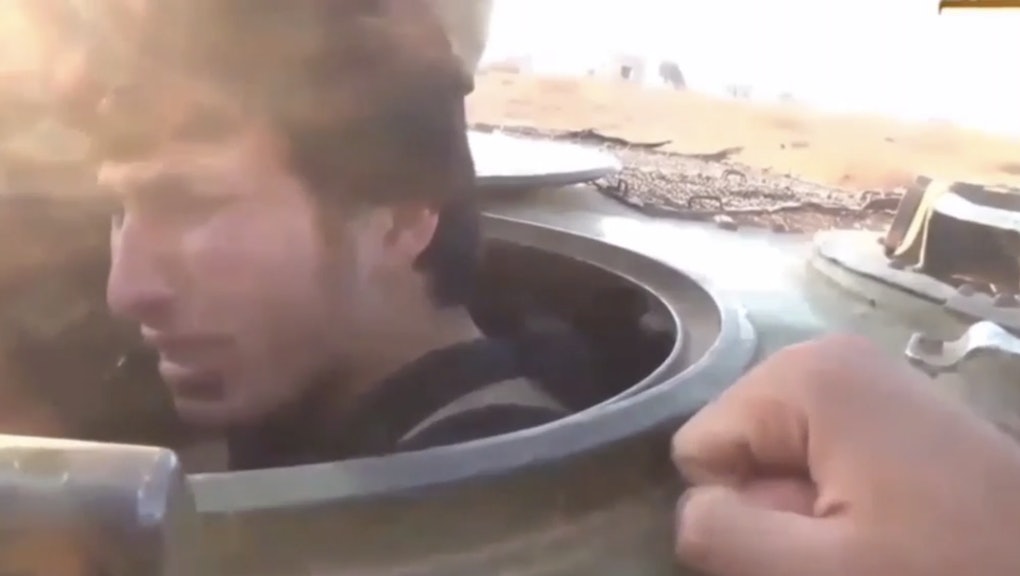 On Sunday, Uzbek militants in Syria released a video showing Uzbek teenager Jafar al-Tayyar moments before carrying out a suicide mission on Friday. Al-Nusra Front militants, Syrian-based Sunni al-Qaeda affiliates, can be seen encouraging al-Tayyar to drive an armored vehicle into the town Fua. As he says his goodbyes, al-Tayyar can be seen weeping in the armored vehicle as he prepares to drive away.

"I'm just scared I won't succeed," the Daily Mail translates from the young man's Uzbek. A militant assures al-Tayyar his fear is Satan's attempt at dissuading him, saying, "Jafar, my brother, don't be afraid. When you are scared, remember Allah," according to a Telegraph translation.

The video then shows the teenager driving off into Fua, before cutting to a distance shot of the detonation of the bombs. Al-Nusra Front recorded the suicide attack with a drone. A mushroom cloud emerges from the middle of the town at the moment al-Tayyar kills himself.

Fua is majority-Shiite, as is Syrian President Bashar al-Assad and the ruling elite, and was religiously targeted by the anti-Assad, Sunni militants. While both Islamic State and al-Nusra Front are Sunni, they are operating as different extremist groups.

Al-Nusra is gaining traction in Syria. A militant group, known as Division 30, trained and equipped by the United States in Turkey with the expectation Division 30 would help fight Islamic State on the ground, allegedly surrendered to al-Nusra Front upon entering Syria, according to tweets on Monday and Tuesday.

Since the civil war began in Syria, more than 7 million Syrians have had to flee their homes, which is equivalent to almost half the country's population. The world was arrested by the country's refugee crisis when images circulated of 3-year-old Syrian boy Aylan Kurdi's drowned body, washed up on a Turkish beach, after his family's failed attempt at escaping their war-torn country.