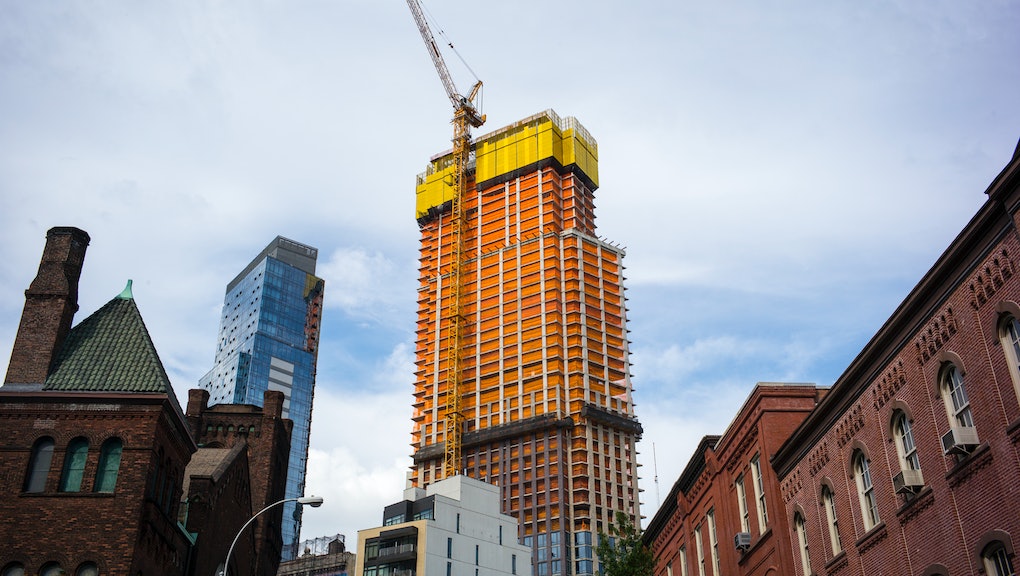 If anyone asks you about the state of gentrification in Brooklyn, New York, send them this video of the most ridiculous expression of white privilege you've ever seen: a white man screaming at another white man about how he "settled" downtown Brooklyn and how other white people should be grateful.

YouTube user Luis Solares recently posted the following video, which shows a white man in jogging clothes scolding a different white man in a polo shirt after the latter's stroller goes astray. The rant is so tone-deaf and not self-aware it's almost comical. It essentially amounts to a penis-measuring contest between two men who can't stop tripping all over their gentrifier status.

No, seriously. "White privilege! White fucking privilege! You pushed your stroller right into me, and all I say was, 'Excuse you,' and then you said, 'Fuck you! Fuck you!' ... You fucking white trash!" Jogger Man yells. "The only reason white people like you are living here is because I settled this fucking neighborhood for you!"

It's at this point that various people nearby burst out laughing, and we can only guess what the other passersby — including a police officer trying to keep the peace — are thinking.

Some guesses as to what Jogger Man is talking about when he says "I settled this fucking neighborhood":

1. Artisanal Brooklyn jam that sells for $9 a jar

2. A $579 prix fixe dinner for two at Brooklyn Fare (meanwhile, an estimated 1/3 of Brooklyn's population lives on food stamps)

3. A food co-op whose members have declared a war on hummus

5. Parents who don't want their children to mix with "other" children

7. Whatever this video is

8. This new boutique collection from Bloomingdales, for which Brooklyn served as the inspiration

Meanwhile, for the families that got displaced by people like Jogger Man in the last decade, the reality of life in Brooklyn is dramatically different.

As Gothamist succinctly put it, "Really, this video so perfectly encapsulates the state of downtown Brooklyn 2015 that it's probably staged. Stay tuned for our update that this is all viral marketing for Bugaboo."

Bumping into someone on the street is usually a nonevent. One party quickly apologizes, and everybody moves on. Unless you're two white guys fighting over who's a better gentrifier.