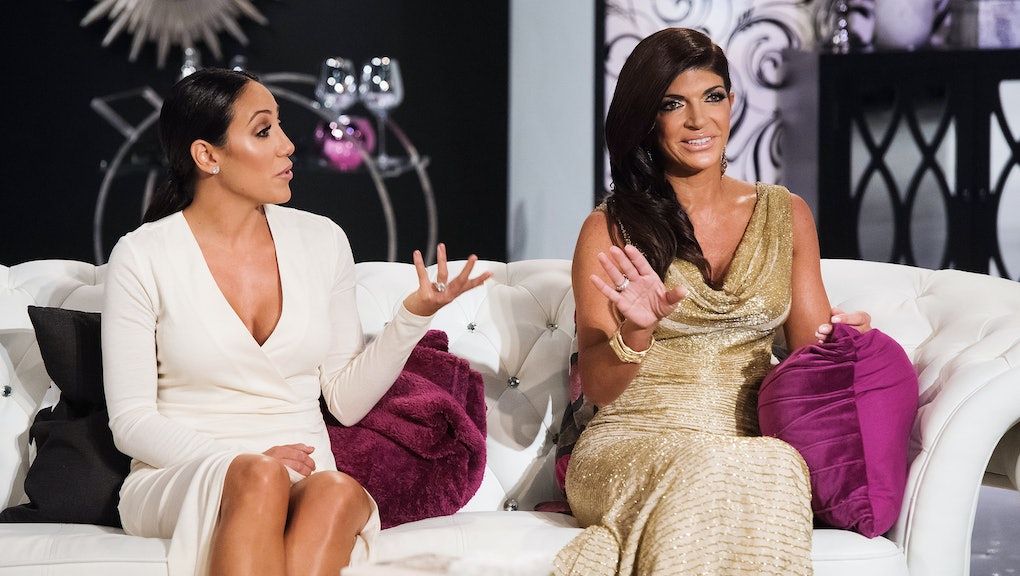 Nearly 12 months after The Real Housewives of New Jersey fans were left with the cliffhanger that the Bravo reality series' leading diva Teresa Giudice was en route to prison, details are emerging about the cast of season seven.

Shooting for season seven could begin as early as mid-November, E! News reports, although the producers of the reality show have yet to solidify a start date. Giudice, Jacqueline Laurita and Melissa Gorga are "almost certain" to return, according to Entertainment News.

Tiki Barber's wife, Traci Lynn Johnson, will reportedly not sign onto the cast. An anonymous source familiar with production told E!, "It just didn't work out."

Without Johnson out of the mix, New Jersey-based relationship expert Siggy Flicker is purportedly in early talks to join the housewives. "There has been a meeting," a second source told E!.

In the meantime, Housewives fans can catch a three-part special on Guidice that details her time in prison and the effect it's had on her family. The Real Housewives of New Jersey Teresa Checks In premieres Oct. 11 at 8 p.m. EDT on Bravo, the network reports.

Giudice was sentenced to 15 months in prison in October for bankruptcy and wire fraud and began her prison term on Jan. 5, Us Magazine reports. Husband Joe Giudice received a 41-month-long term, which will begin once Teresa Giudice's term ends on Dec. 23.

The reality star has since returned home just in time for the holidays, being released from the Federal Correctional Institute in Danbury, Connecticut on Dec. 23. Giudice is planning on returning to the show's seventh season.