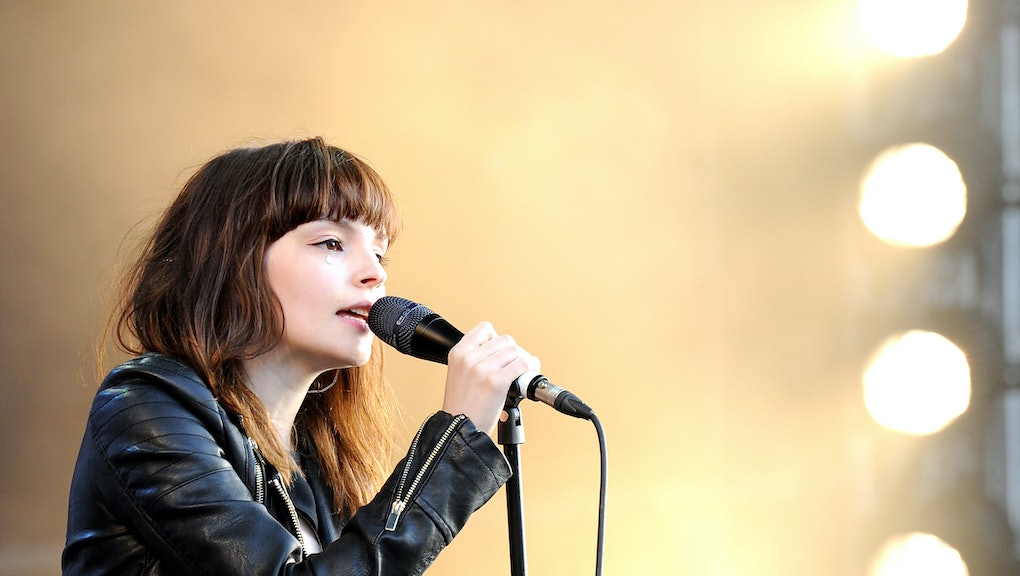 Scottish synth-pop band Chvrches is gearing up to release its sophomore studio album on Friday. In the lead up to its release, the three-piece outfit out of Glasgow is streaming Every Open Eye via NPR.

Signed to Glassnote Records, the band is multi-instrumentalists Iain Cook and Martin Doherty with vocalist Lauren Mayberry. Chvrches, whose name is a permanent tongue twister (it's pronounced "churches," for the record), has been steadily building a fan base since emerging some two years ago.

Every Open Eye follows Chvrches' 2013 debut album, The Bones of What You Believe. At the time, Pitchfork awarded the record an impressive 8.5 out of 10 on its rating system and voted the album best new music.

"It's like our fight song," Mayberry said of the record's first single in an interview with New Musical Express.

"An avalanche of sound," she continued. "Both lyrically and musically, it's one of the most direct things we've ever done."

"But the album's definitely still full of melancholy," added Doherty. "There's something about doing anything in Glasgow that drives you back to a kind of melancholy."

In truth, the single recalls the best of Chvrches' early work, namely the effervescent opening cut to The Bones of What You Believe, "The Mother We Share."

Check out the album's track list below and head to the band's Facebook page for upcoming tour dates.

6. High Enough To Carry You Over