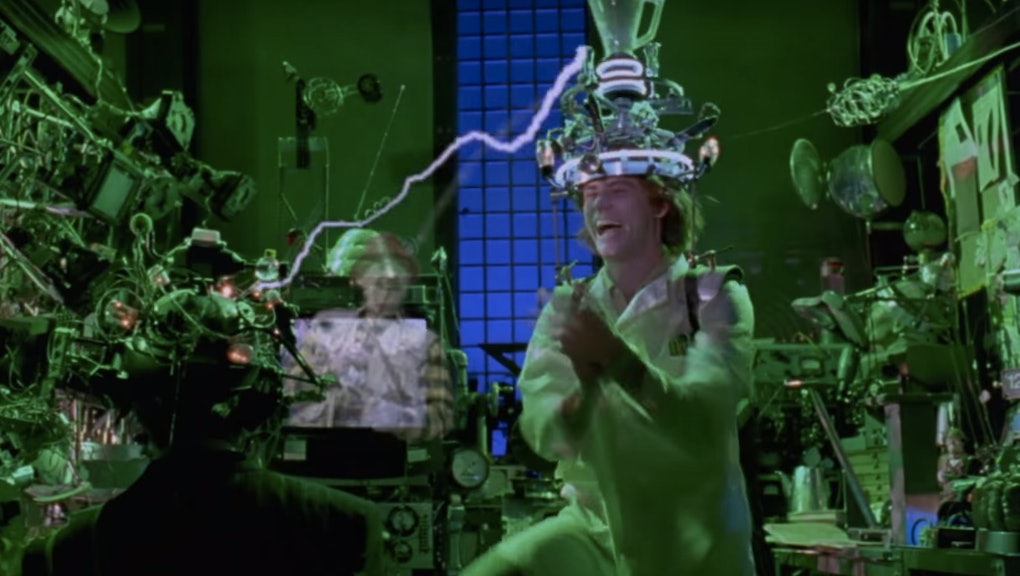 Using highly sophisticated computers, a team of researchers from the University of Washington have developed what appear to be a rudimentary form of mind reading, according to a study in the journal PLOS One published  Wednesday.

Using "brain-to-brain interface," researchers hooked up two participants to specialized machines for a simple game of "20 Questions." In the game, one subject would ask a series of "Yes" or "No" questions like, "Can it fly?" while trying to determine what object the other subject was thinking about, like "shark, turtle, bear, dog, vulture, parakeet, bat and sugar glider," NBC News reported.

Their counterpart, located about a mile away, would focus on a "Yes" or "No" flashing light to signify their answer. After some period of concentration, a brainwave signal would be transmitted back to the original participant through a magnetic coil. The process stimulates the visual cortex causing the first participant to see a flash of light if the answer was yes.

When it was all said and done, researchers found the pairs connected to the brain-to-brain interface were able to correctly identify the object 72% of the time, while the control group was correct just 18% of the time.

If you're wondering, the whole process looks something like this:

"This is the most complex brain-to-brain experiment, I think, that's been done to date in humans," the study's lead author Andrea Stocco said in a statement, ABC News reported.

Aside from just an amusing parlor trick, the science could have some very real world implications. Researchers speculated the technology could give new life to those suffering from "locked-in syndrome," where the mind is still functioning in an otherwise paralyzed body. In the future too, brain-to-brain interface could allow the blind to "see" by transmitting images directly into their brains. The technology could also be used for official espionage between governments opening the inevitable vistas of future studies on "brain hacking."

"Evolution has spent a colossal amount of time to find ways for us and other animals to take information out of our brains and communicate it to other animals in the forms of behavior, speech and so on," Stocco said, ABCNews reported. "What we are doing is kind of reversing the process a step at a time by opening up this box and taking signals from the brain and with minimal translation, putting them back in another person's brain."

The technology is still in its infancy, but if history is any guide, all your friends' and family's deepest, darkest thoughts may be coming soon to an inbox near you.