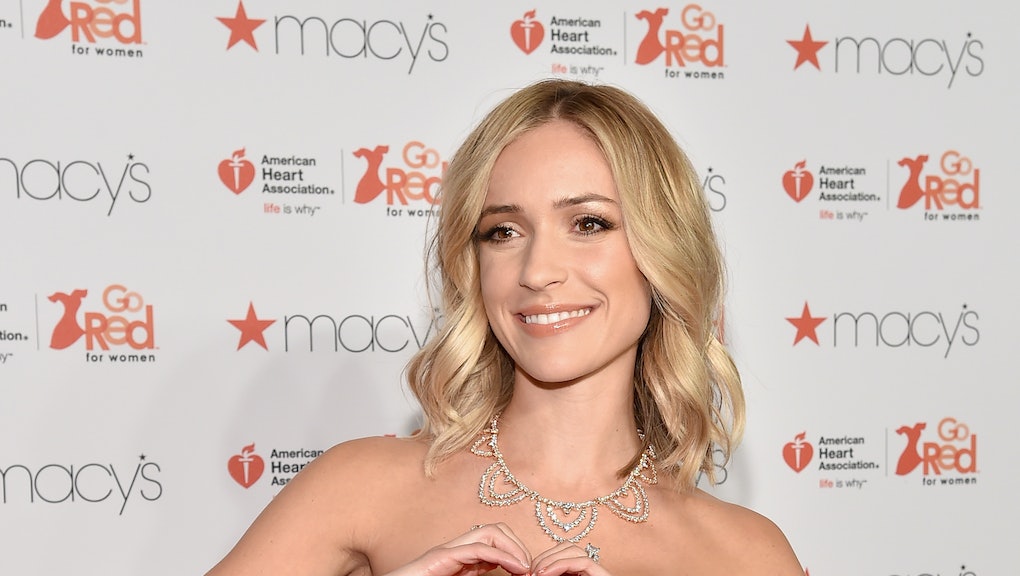 Kristin Cavallari Has Some Shockingly Reasonable Advice for People in Relationships

At 28, Kristin Cavallari has two (almost three) kids, a book deal and a shoe line. We can also add "a super hot sex life with Chicago Bears QB husband Jay Cutler" to the list.

In an interview she gave to the blog Cricket's Circle, Cavallari gave the blog a dose of simple (yet surprisingly legitimate) advice about the importance of keeping the spark alive in a marriage:

"It's so important to make time for each other, even if it's just waiting to eat dinner after the kids go to bed. And even if it's takeout, light candles and make an effort to connect," she said. "Also, you gotta have sex – men need it, and it's important for the relationship. It doesn't have to be all the time, but you have to get it in there sometimes!"

This actually makes some sense: Let's call it like it is: For the most part, Cavallari isn't usually considered a sage source of advice on matters related to sex, family and relationships. As MTV fans know all too well, she spent most of her teen years fighting with Lauren Conrad over Stephen on Laguna Beach, despite the fact that most fans knew he really wasn't that much of a prize. That lack of perspective might have extended to her adult years as well: In 2014, the star gave an interview to Fox & Friends asserting that she and her husband are opposed to vaccinating their children.

But Cavallari does have a point about the importance of keeping the spark alive in a long-term relationship. While it can be difficult for couples to balance a healthy sex life with careers and raising children, experts say that having sex on the reg is crucial to maintaining a strong relationship.

In fact, just last year, a study published in The Journals of Gerontology: Series B found that there is a direct correlation between the frequency of sex in a marriage and the level of happiness and positivity in partners' lives. The researchers wrote that "sexual activity mediates the association between own and partner's physical health and positive marital quality" and "frequent sex [is] associated with higher positive and lower negative marital quality."

That said, Cavallari's assertion that you should have sex because "men need it" is more than a little bit problematic, especially in light of the fact that research has shown that women want to have sex just as often as men do. But she's right that being conscious of your partners' sexual needs is crucial to maintaining a healthy relationship.  A 2014 study in the Journal of Social Psychological and Personality Science reported that people who were highly motivated to meet their couples' sexual needs reported having higher overall relationship satisfaction and commitment — indicating that in the long run, giving can be just as good for your relationship as getting.

So questionable taste in boyfriends and anti-vaxxer position aside, maybe Kristin actually does know a thing or two when it comes to having a healthy sex life. That said, we're still Team LC all the way.