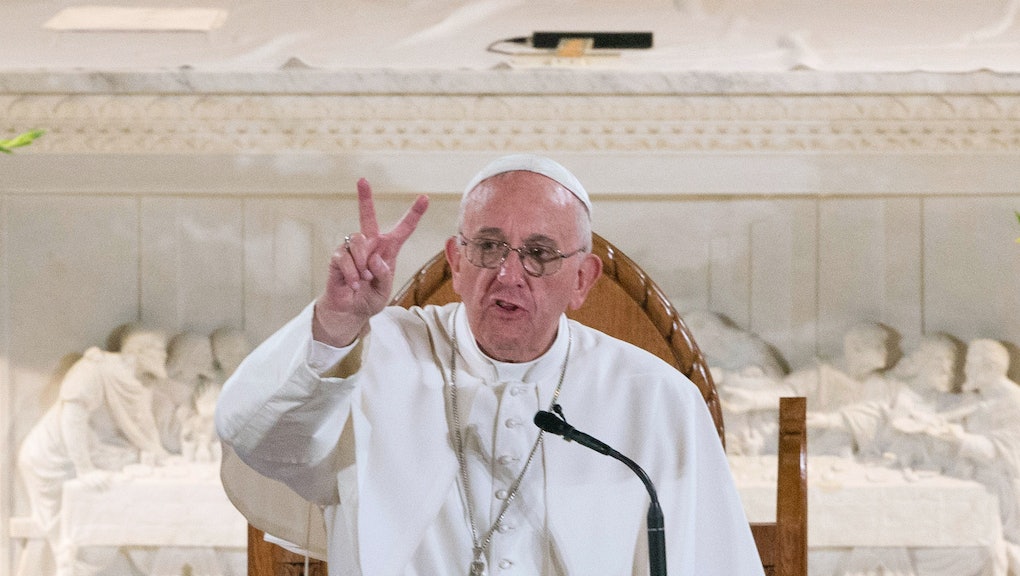 On day two of his inaugural tour of the United States, Pope Francis will touch down at John F. Kennedy International Airport at 5 p.m. Thursday and make his way to St. Patrick's Cathedral near Rockefeller Center for a 6:45 p.m. evening prayer. St. Patrick's will live-stream the event, and Time Warner Cable is also offering a 24-hour streaming channel tracking the pope's every move.

Francis' packed Thursday schedule included a 10 a.m. speech to the Senate and House of Representatives, which made Francis the first pope ever to address a joint meeting of Congress, according to the New York Times. Among other things, his speech to congress touched on inequality, climate change, the definition of marriage and religious freedom. ABC has the full text of his speech.

The pope made a brief appearance on West Front of Capitol before an 11 a.m. visit to St. Patrick's Catholic Church near Washington's Metro Center.

The pope's New York tour will include a multi-religious service at the 9/11 Memorial Museum, a visit to Our Lady Queen of Angels School in East Harlem, a papal procession through Central Park and a mass in Madison Square Garden. Mayor Bill de Blasio's office tweeted out a diagram of Francis' planned route through the Big Apple.

First up Friday morning, Francis will address the United Nations General Assembly. He continues his U.S. tour in Philadelphia on Saturday and Sunday before departing for Rome at 8 p.m. Sunday evening. To keep tabs on the papal schedule, here's his schedule.