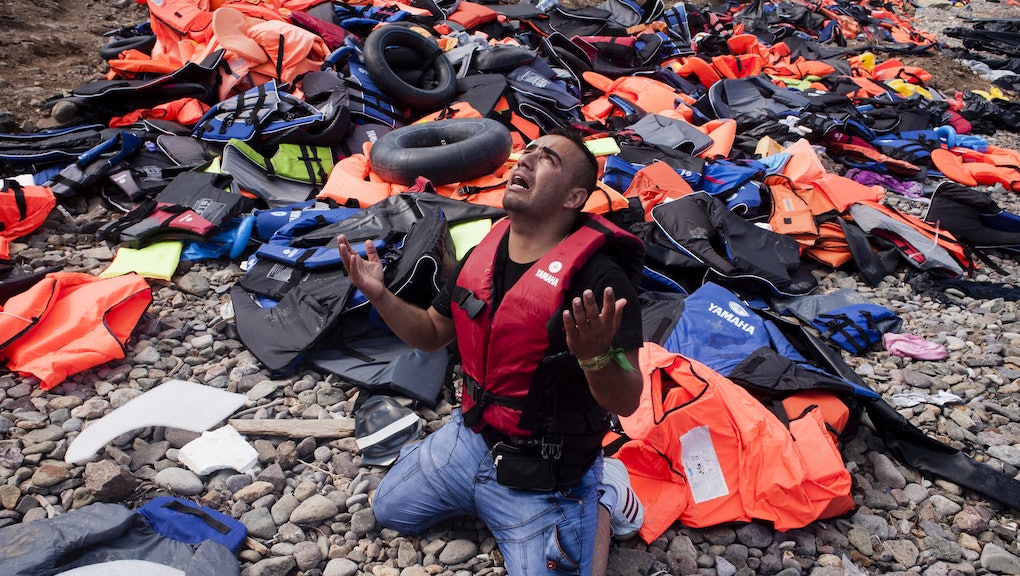 The US Pledged to Let in 85,000 Refugees Over the Next Year — But It's Still Not Enough

"The U.S., to fulfill its role as a historic leader of refugee resettlement, has got a massive job to do to step up to the scale of the [refugee] crisis," David Miliband, president and CEO of the International Rescue Committee, told Mic while amidst thousands of refugees on the Greek island of Lesbos Sept. 14.

While Germany announced plans on Sept. 8 to admit 500,000 refugees and Lesbos has seen thousands of migrants pour onto the island each day, the Unites States was slow to get involved. After pressure mounted, on Sept. 10 the U.S. announced that it would accept 10,000 Syrian refugees, which would come from the 75,000 refugee quota beginning Oct. 1 for fiscal year 2016.

"With 4 million living in limbo and tens of thousands making desperate choices to reach safety, the U.S. has a moral responsibility to lead and is fully equipped to respond in a far more robust way," Miliband said in an IRC press release after the U.S. announcement.

Ten days later, on Sept. 20, Secretary of State John Kerry announced the U.S. would allow up to 100,000 refugees (not specifically Syrians) by the 2017 fiscal year. Even with that increase, Miliband and the IRC believe work remains to be done.

"We think that's great news and that's important, but there needs to be more," Lucy Carrigan, IRC's senior officer of communications, told Mic on Thursday.

However, there are a few problems and caveats. Non-governmental organizations concerned with resettlement, such as the IRC, are deeply unhappy with America's efforts, arguing that they continue to be insufficient. Since the Syrian civil war began in 2011, the United States has accepted just 1,500 Syrian refugees.

"The more immediate thing that the U.S. can do is step up from the frankly meager levels of refugee resettlement that have taken place so far. About 1,500 — one, five, zero, zero — Syrians have so far been resettled in the United States, despite the presence of significant Syrian-American communities," Miliband told Mic.

This, according to Miliband, is especially meager considering the nation's track record during similar situations in the past. The U.S. has previously taken in many more refugees and can do so again, Milliband argues.

"Historically, the United States has taken 50% of the world's refugees who are eligible for resettlement; that is why the IRC is appealing to America to take 100,000 Syrians next year," Miliband wrote in a New York Times op-ed published Tuesday.

Fighting the pushback. While people like Miliband and his organization continue to push for the U.S. to take in more refugees, there remain American politicians who strongly resist the U.S.' recent proposals to admit more displaced persons into the country. On Sept. 13, retired Marine Corps Gen. John Allen, who is currently serving as the president's special envoy tasked with combating the Islamic State group, said on Face the Nation letting in more refugees was a "threat."

"I think it's a threat," Allen said on the show, according to the Wall Street Journal. "We need to understand the totality of it, I think, before we could brand it a national security threat. But it's clearly something we should be thinking about."

The White House also said on Sept. 11 they could not circumvent bureaucratic hurdles for refugees such as getting security clearance and vaccinations, reports CNN. But, according to Miliband, such issues must be resolved and the U.S. must take action as 7.6 million Syrians, or half the country's population, have been displaced and almost 400,000 migrants so far this year have fled to Europe via waterways.

Portions of David Miliband's interview with Mic can be heard below: