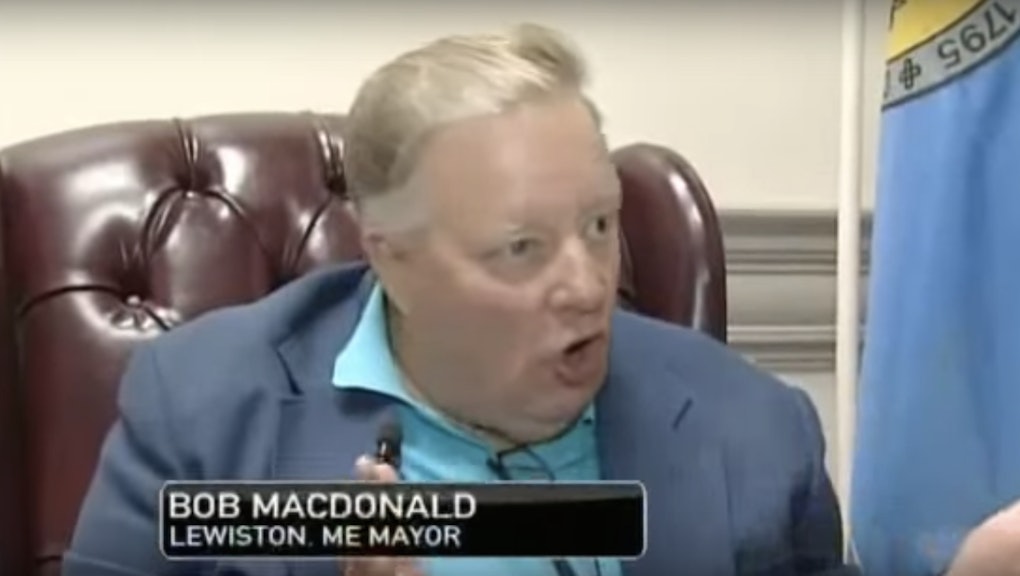 Robert Macdonald, the mayor of Lewiston, Maine, wrote an op-ed in his local paper, the Twin City Times, on Thursday saying he wants to publish all the personal details of people on welfare. Macdonald wrote that in the next legislative session, he and his colleagues will submit a bill "asking that a website be created containing the names, addresses, length of time on assistance and the benefits being collected by every individual on the dole."

Macdonald argued that given the existence of a website that issues information on those receiving pensions from the state of Maine, the same should exist for welfare recipients.

"Why are they treated differently than pensioners? (A rhetorical question)," Macdonald wrote.

"The answer: Our liberal, progressive legislators and their social-service allies have made them a victimized, protected class. It's none of your business how much of your money they get and spend. Who are you to question it? Just shut up and pay!"

Macdonald said he would also submit bills limiting the total time allowed in assistance to 60 months and prevent people from receiving benefits for any children born to someone after they went on General Assistance. Given the mayor is not guaranteed to stay in office (with an attempt at re-election in November), his bills would need to be endorsed by a state lawmaker.

"We're not going to be known as a welfare town anymore," Macdonald said in 2013, according to the Bangor Daily News. "If you want to come here, don't come here for welfare because if we catch you, you will be prosecuted."

Other states have made attempts to target welfare recipients, such as in Arizona: New recipients suspected of drug use in Arizona have been required to enter a screening program as of 2009. From 2009-2012, of more than 87,000 recipients drug tested in Arizona, there was only one positive result — uncovering this drug user saved Arizona $560. Another two failed the test between 2012 and 2014, amounting to three drug users in five years. Officials promised the state near $2 million in savings when the program was first launched.

While Macdonald's proposal is somewhat different, at its root, it seeks to treat welfare recipients differently from the rest of the population. This is not the first time he has been known for singling out  minorities. Macdonald received backlash in the past for insensitive remarks regarding Somalis in the United States.

"If you want to come in here and you want to celebrate your holidays, I don't care. I don't care. Just don't try to insert your culture, which obviously isn't working, into ours, which does," he said on the matter of Somalian diaspora living in Maine.

For now, Macdonald will focus on seeking out welfare defrauders. Next, he'll protect old people. "Next week, we will talk about our progressive liberal friends' war on the elderly," Macdonald concluded in his op-ed.