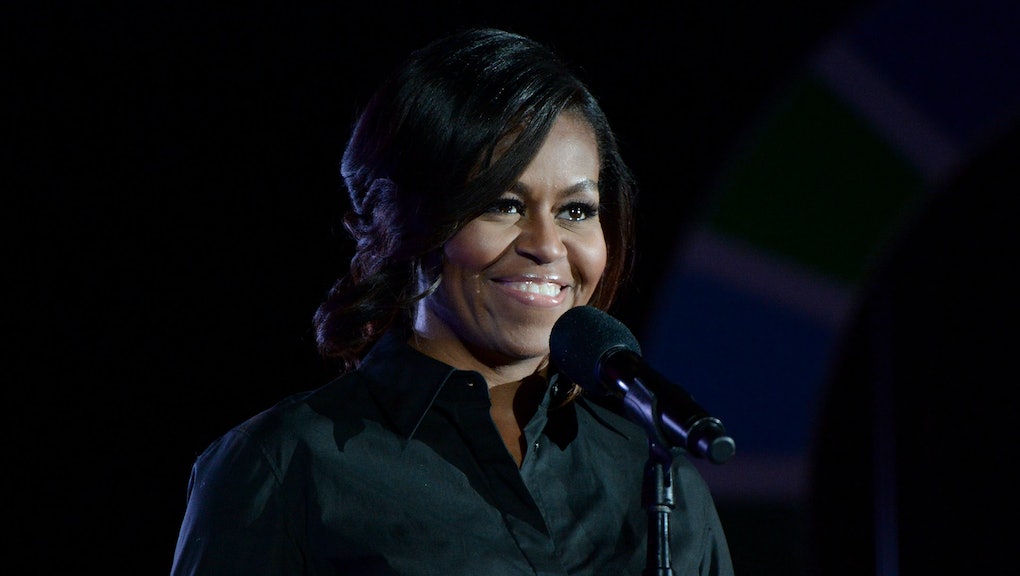 Michelle Obama has unveiled a new campaign focusing on the tens of millions of girls around the world who lack access to any kind of education, asking audience members at the 2015 Global Citizen Festival to tweet photos of themselves with the hashtag #62MillionGirls.

"Right now, 62 million girls are not in school," the first lady told the audience. "And what's important to know is that these are our girls. They deserve the same chances to get an education as my daughters and your daughters and all of our children."

"And make no mistake about it, giving them that chance is at the core of our work to end global poverty.  It's the only way to ensure that these girls can fulfill their potential, provide for their families and contribute fully to their countries," she continued. "... I want you to tweet or Instagram a photo of yourself using the hashtag #62MillionGirls, and I want you to answer this one question:  What did I learn in school?"

Celebrities, politicians and other Twitter users were quick to jump on the hashtag.

"I want education to be the top priority because how can we end poverty ... when we deny the right to education," Yousafzai told the audience, according to Yahoo News. "It's not that there is lack of money in this world ... we have billions and trillions of dollars, but where the money goes is military, it's things that are useless and that are not useful to society."