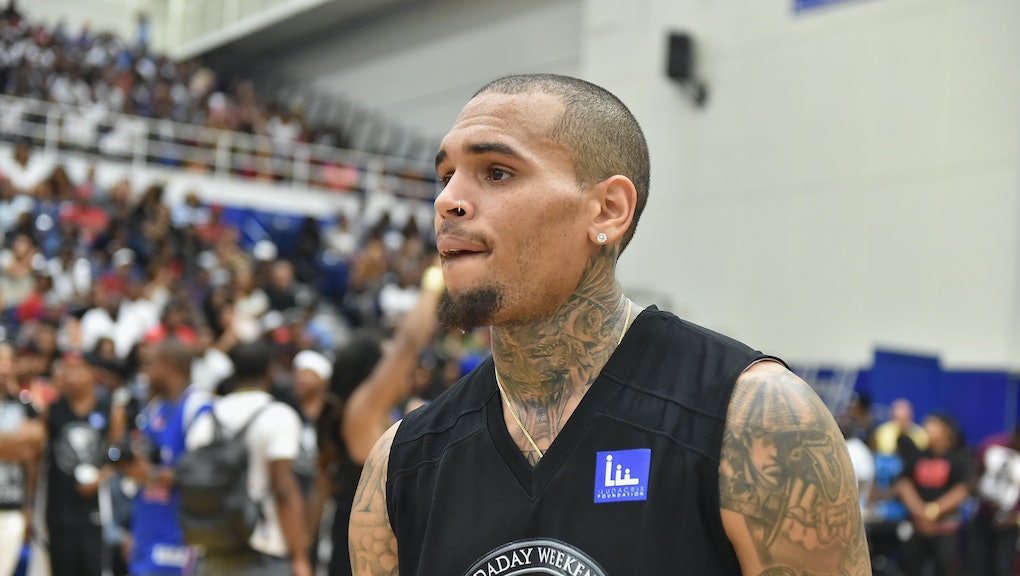 The government of Australia has a message to hip-hop artist Chris Brown: Stay out.

The BBC reports the country's immigration bureau recently sent Brown a "notice of intention to consider refusal." The document informed him that, based upon his 2009 felony assault conviction for attacking then-girlfriend and fellow music star Rihanna, he may be denied entry at the border.

Earlier this week, Michaelia Cash, minister for employment and minister for women, requested Brown be denied entry on character grounds, telling the BBC, "People need to understand, if you are going to commit domestic violence and you want to travel around the world, there are going to be countries that say to you, 'You cannot come in because you are not of the character that we expect in Australia.'"

After the 2009 assault, leaked photos of Rihanna's injuries showed the singer with a swollen face, cut lip and multiple contusions.

TMZ writes that Brown has three concerts planned in the country that would be canceled by a denial of entry, but still has the chance to petition the government for reconsideration. In February 2015, the Australian government issued a similar warning to boxer Floyd Mayweather, who has repeatedly gone to court over allegations of domestic violence.

Rihanna and Brown engaged in an on-and-off relationship before and after the attack but have not been formally linked since at least 2013.

Brown was sentenced to five years' probation (now expired) and 1,400 hours of community service following the assault. According to CNN, Brown has previously been denied entry to the U.K. and Canada, and will face additional legal hurdles when attempting to enter New Zealand for a December 2015 concert.

While online commenters seemed to herald the move, the Guardian's Jeff Sparrow wrote the immigration department's actions were a "distraction" and "[obscure] the real locus of violence: the nuclear family. It's much easier for politicians to denounce musicians than to acknowledge that most women are hurt or killed within their family, a fundamental social institution." Sparrow also suggested the Australian government has moved to deny black artists entry on character grounds while tolerating identical behavior by white artists.