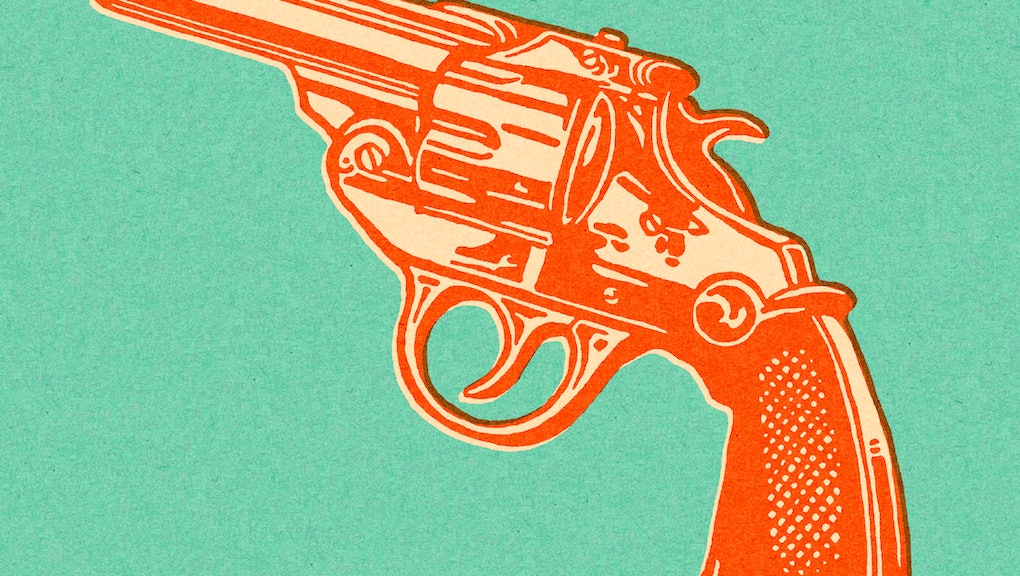 That's how many women were murdered by their male partners in the United States in 2013, according to a report released this month by the Violence Policy Center. The states where women are most likely to face death by an intimate partner are, in order: South Carolina, Alaska, New Mexico, Louisiana and Nevada.

The reality of gun violence: According to the report, 94% of women killed by men were murdered by someone they knew. Of all the crimes where a weapon was identified, women faced death at gunpoint more than with any other weapon. Fifty-three percent of all homicides included the use of a firearm, and handguns comprised 69% of those murders.

All five states on the list are "open carry" and do not require a license or a state permit to own and operate a handgun. Alaska and New Mexico are considered two of the "friendliest" states to gun-owners, while Alaska and Louisiana are among the states with the most lenient gun laws. All five are considered among the top 20 deadliest states in terms of gun violence.

An all-American problem: A 2000 Harvard School of Public Health study found that most guns at home are not used for self-defense against intruders. In fact, "most gun brandishings were by male intimates against women," the study concluded. "A gun in the home can be used against family members or intruders and can be used not only to kill and wound, but to intimidate and frighten."

Two years later, another Harvard study found women in the United States, who make up 32% of the female population among the 25 highest-income countries, are 84% of that group's firearm homicide victims.

The report authors say they aim to influence federal firearm legislation that will ensure guns are removed from people with a history of abuse. VPC also urges Congress to adopt stronger domestic violence legislation.

"Women are dying every day as a result of domestic violence, and our state and federal laws are insufficient in the face of this crisis," VPC legislative director Kristen Rand said in a statement. "State and federal policymakers should take immediate action to help protect women from abusers and prevent future tragedies. This should include ensuring that men with a history of domestic abuse do not have access to guns."