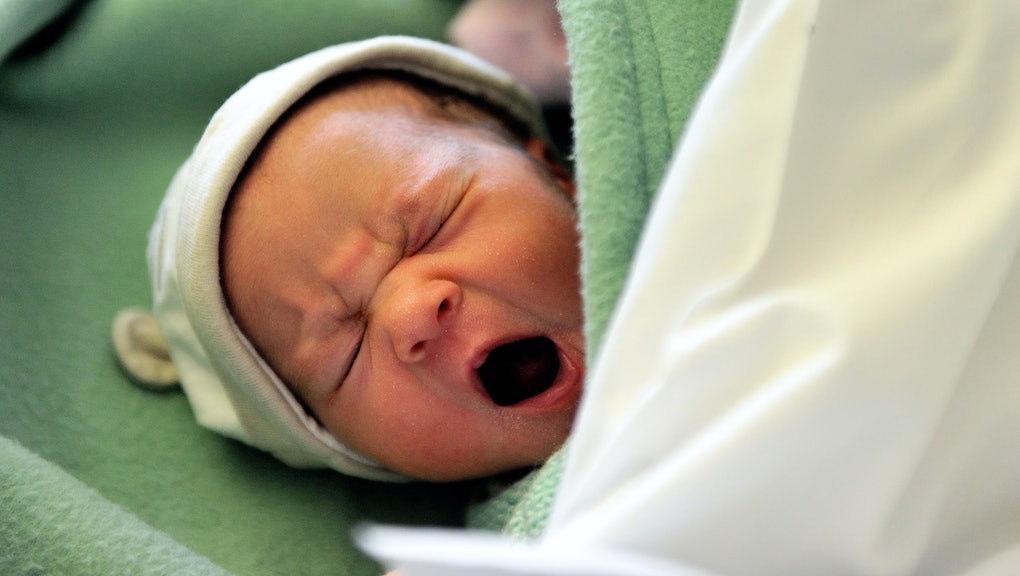 Even though it's 2015, the question of "So when are ya havin' babies?" is still the No. 1 most annoying conversation starter. And although women like Tyra Banks and Jennifer Aniston have gone on record saying they're tired of being interrogated about their reproductive health status, that doesn't stop busybodies from inquiring nonetheless.

The latest woman to speak out is Michigan woman Emily Bingham, whose recent Facebook post on the topic has been going viral over the past few days, amassing nearing 39,000 shares as of Monday morning.

The impassioned rant is accompanied by what Bingham describes as a "RANDOM ULTRASOUND PHOTO I grabbed from a Google image search." It goes on to detail her frustration with people asking about her "reproductive and procreative plans."

Women really, really hate this question. Many celebrities have spoken openly about their frustration with being asked when they're planning to have kids. The last person to take a stand on this issue was supermodel and Twitter darling Chrissy Teigen, who recently opened up about her and her husband's struggle with conceiving on Banks' new daytime show FABLife.

We know that an increasing number of millennials are opting out of parenthood, and their reasons behind the decision are quite varied. But whether someone is childless by choice or not, Bingham's viral Facebook post is a helpful reminder that asking a woman why she doesn't have kids is not only rude, but it's also incredibly hurtful. Since we don't know what's going on behind the scenes, it's a question that is simply better left unasked.

As Bingham wrote on Facebook, "If a person wants to let you in on something as personal as their plans to have or not have children, they will tell you."