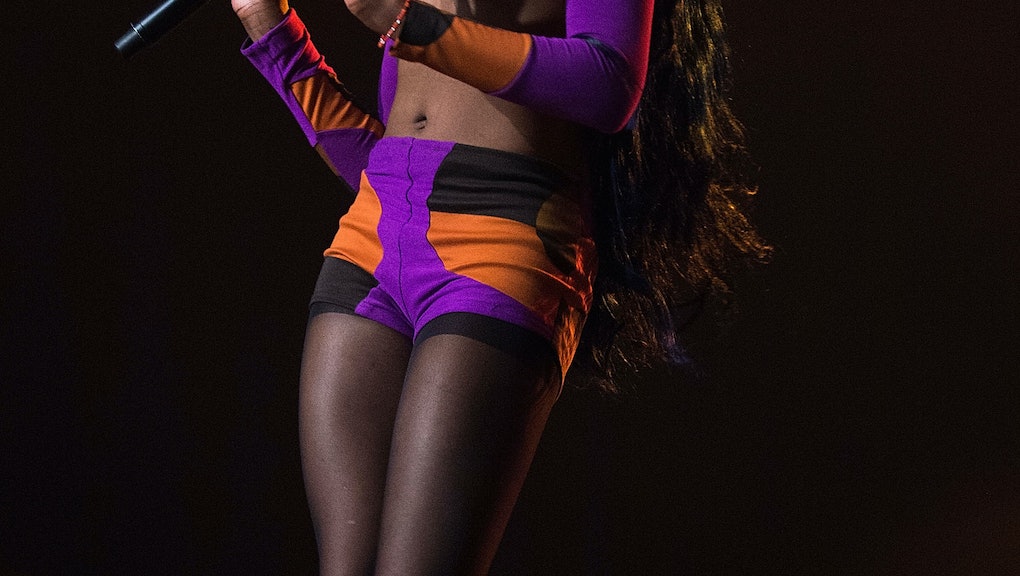 Last Tuesday saw the leak of a TMZ video of rapper Azealia Banks calling someone a "fucking faggot" on a Delta flight. Since then, she's fended off criticism from all angles. Her defense, however, has been all offense — and her latest tirades against her critics make the video look like dialogue from a kids' film.

Banks initially responded to criticism of her use of the world "faggot" by saying she's a part of that community and couldn't possibly mean any disrespect.

She retread the racial grounds of her argument Friday in an Instagram post, captioning a playful quote with "I have never felt the pain of not being white the way I've felt it since I've been a public figure."

According to Vulture, soon after Banks posted the pic, Instagram user @a_sanctuary_found asked her to "imagine the pain young gay fans feel when they hear the vile things you say."

The comment sent Banks into a frenzy; she directed a stream of insults back to the commenter. "Oh, well imagine how I wanna spray a gay man in the face with pepper spray every time he calls me a bitch a slut or a hoe [sic]. Kiss my ass. Goodnight," she allegedly wrote in a comment since deleted.

When the commenter replied shocked at her "evil" tone, she continued: "Keep fucking with me if you fucking want to." She kept it going for at least another two comments, both also now deleted. "One day your hemmroids [sic] are going to burst and you'll bleed to death, bitch," she wrote in one. In another, she wrote, "Keep trolling for dick on Grindr. You'll be murdered and stuffed under a truck somewhere soon."

On Sunday, Banks moved her battle to Twitter, calling the LBGT community "gay white KKKs" (a reference to the Ku Klux Klan) for the way it came after her language. That post has also since been deleted, but screengrabs are making the rounds.

She did leave up one set of tweets. They're directed toward the LGBT community. Banks referenced the ongoing backlash over her language, and in place of an apology, she said the controversy only gave her "power." She told those offended to "toughen up."

Unless she takes her own advice about lashing out over potentially offensive comments, this likely won't be the last we hear from Banks.