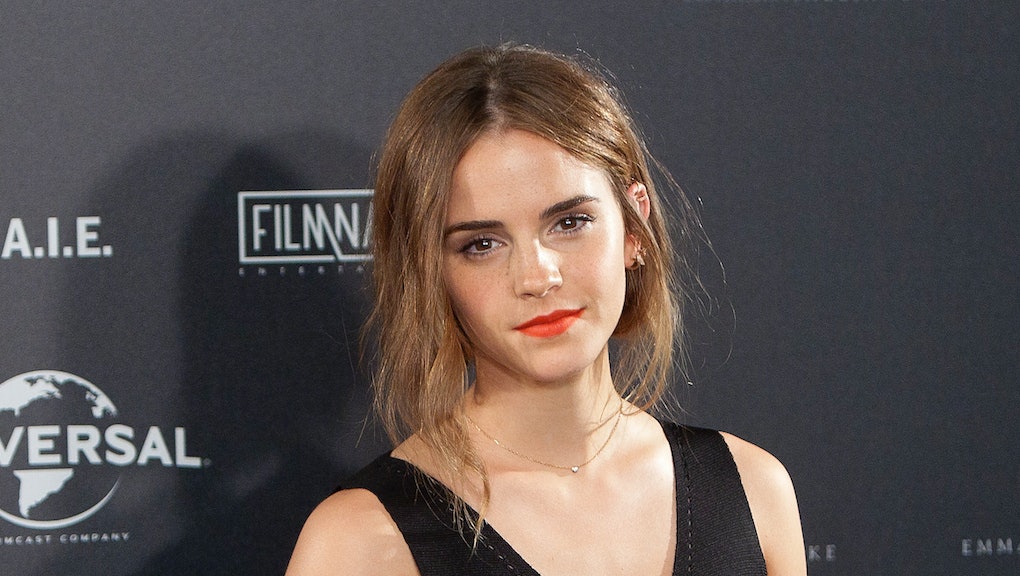 Emma Watson Gives the Numbers on Sexism in Hollywood

Actress and women's rights activist Emma Watson has spoken out about her experience with sexism in Hollywood, and provided some startling hard numbers in the process. In a recent interview with the Guardian, the United Nations Women Goodwill Ambassador underscored what she saw as the disproportionate representation of men and women in the film industry using statistics from her own career.

"I have experienced sexism in that I have been directed by male directors 17 times and only twice by women," she said. "Of the producers I've worked with, 13 have been male and only one has been a woman."

Watson said she's lucky to have been treated equal to her male counterparts throughout her career, but only because she's fought for it. She said if women refrain from speaking up for themselves, they aren't treated equally.

On the other hand, Watson said women are often guilty of discriminating against each other as well. "Some women can be incredibly prejudiced against other women!" Watson told the Guardian.

She told the Guardian the gap between male and female leaders has become more apparent to her since joining the U.N. in July 2014. "I went out for a work dinner recently. It was seven men... and me," she said.

Contrary to popular belief, Watson did say some of the strongest feminists she's worked with are men, including Stephen Chbosky, who directed her in Perks of Being a Wallflower.

Watson isn't the first actress to shed light on Hollywood's sexism problem. When Emily Blunt visited Stephen Colbert's Late Show earlier this month to discuss her role as an FBI agent in the movie Sicario, Colbert mentioned the film almost didn't get made because it had a female lead in the action position. "Welcome to Hollywood," Blunt responded sarcastically. Among the top 100 films between 2007 and 2014, of the characters with speaking roles, nearly 70% were male.

Back in May, the American Civil Liberties Union requested a state and federal investigation of Hollywood's sexist hiring practices. The request was armed with statistics that exposed the lack of women directors in film and television. At the most recent Oscars, no woman was nominated for best director, reports the Los Angeles Times. The first and only woman to win the Academy Award for directing was Kathryn Bigelow for Hurt Locker in 2010.