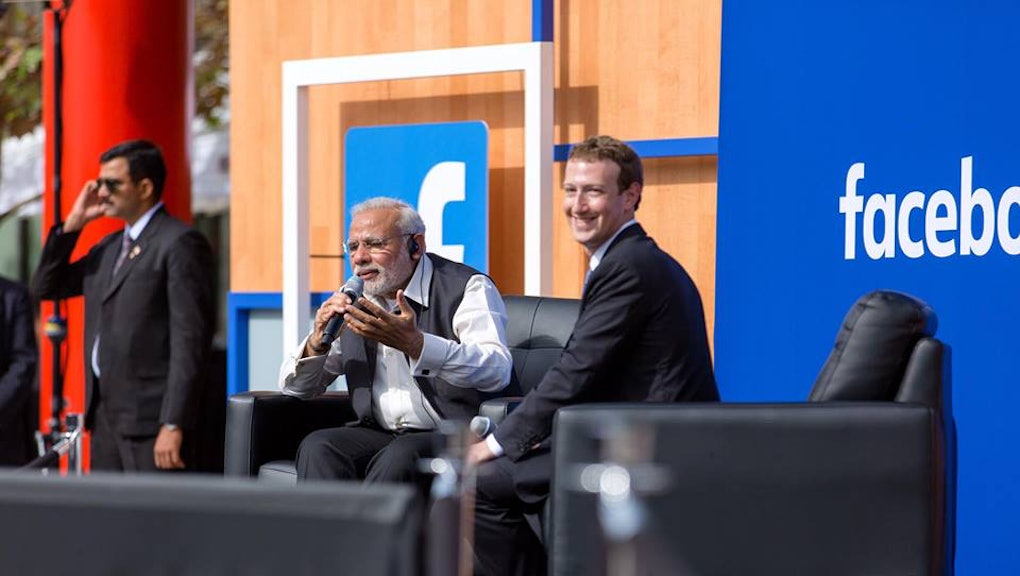 Zuckerberg, Bill Gates and Bono Have an Ambitious Plan to Get Every Human on the Internet

Amid the political grandstanding of the past week's United Nations presentations and declarations, Mark Zuckerberg declared his commitment to getting the entire world online by the year 2020. The Facebook CEO joined Bill and Melinda Gates, Charlize Theron, Bono, Ariana Huffington and others in signing a joint declaration to get the Internet, which the group calls an "essential service," to those who have been left behind by the advances of the 21st century.

"The Internet is critical to fighting injustice, sharing new ideas and helping entrepreneurs create more jobs," reads the declaration, hosted by the advocacy group ONE. "But right now half the people on this planet don't have access, especially women and girls."

Zuckerberg and Bono also published a well-timed op-ed in the New York Times doubling down on his dedication to making the Web truly worldwide.

"We've come a long way," they write. "We've halted and reversed the spread of killer diseases, extended life expectancy and raised incomes. We've even walked ourselves back from the edge of some global conflicts and catastrophes. But progress has not been evenly distributed."

According to the U.N., the plan is dramatically unrealistic. American tech giants made projections about 2020, but the U.N. has been carefully observing connectivity in the developing world, and its prognosis isn't good.

The rate at which new populations are becoming wired for the Internet is slowing, not increasing. A recent U.N. report estimates that the world will go from 43.4% connected to 60% by 2021 at the earliest.

"Although strong growth rates continue for mobile broadband and Facebook usage, and mobile cellular subscriptions exceeded 7 billion for the first time during 2015 ... growth in global mobile cellular subscriptions and growth in Internet usage have slowed sharply," the report concludes. "We have reached a transition point in the growth of the Internet."

Zuckerberg's current attention is on India. He entertained Indian Prime Minister Narendra Modi at Facebook's headquarters last week, he covered his personal Facebook timeline with posts about India and its potential to become a holistically digital society. He's even created a tool to overlay your profile picture with the Indian flag in order to "show your support for digital India."

Modi also visited Google's headquarters, where Google announced it would be supporting the Indian government in putting Wi-Fi stations in 400 public train stations.

But, as the U.N. report said, the countries that need the Internet the most aren't nations with a growing market penetration, like India — they're places that haven't yet developed a strong Internet presence, like countries in sub-Saharan Africa.