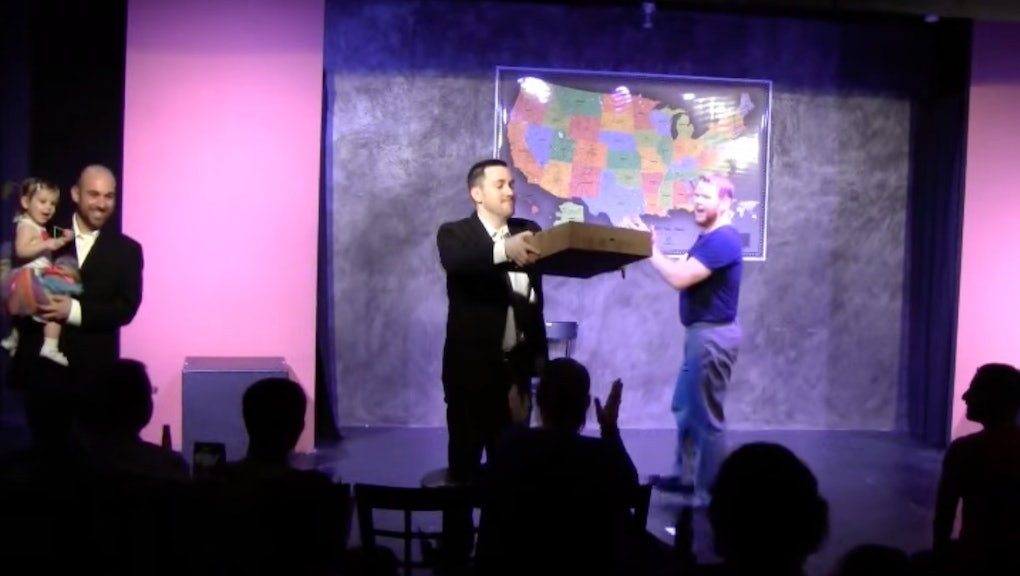 When Indiana same-sex couple Robin Trevino and husband Jason Delgatto decided to renew their vows in front of friends and family on Saturday, they were in the mood for pizza. More specifically, pizza from Memories Pizza.

Though the backlash against Memories Pizza has mostly died down all these months later, Trevino and Delgatto decided they still wanted to send a message. So, Trevino filmed himself driving to and picking up pizza from a couple pies for his gay wedding ceremony.

When he arrived at Memories, Trevino tried to look "straight and confident" and ordered two pizza pies to go. The transaction, which Trevino recorded on a seemingly hidden camera, was simple enough, and just like that, Memories unknowingly catered a gay wedding. Trevino ordered the pizzas from O'Connor who had previously said she would deny service to same-sex wedding receptions.

Trevino is helped his comedy troupe, GayCo Ensemble, produce a series called "50 States of Gay" in celebration of the recent Supreme Court ruling that made marriage equality the law of the land.