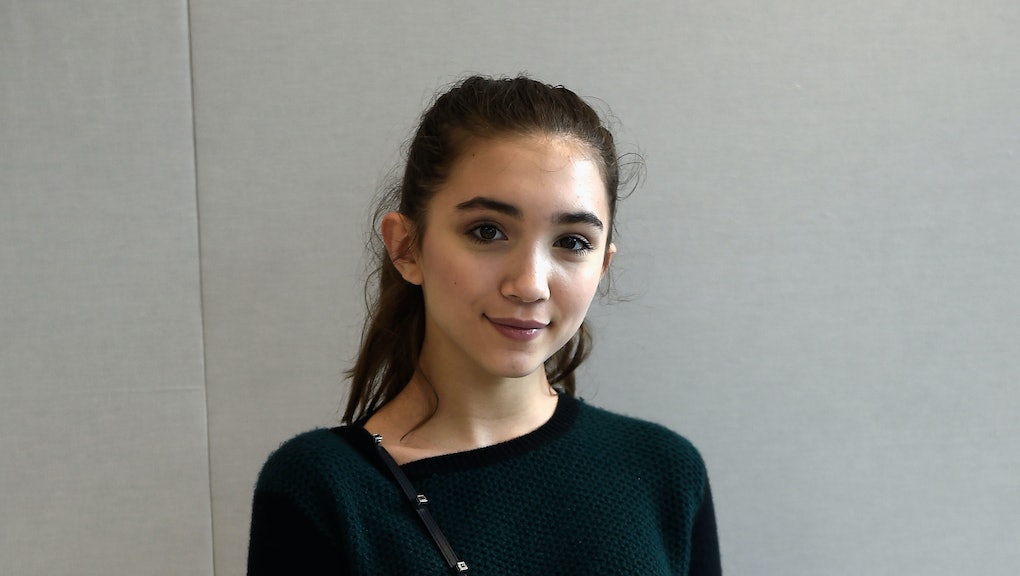 Rowan Blanchard Gave the Best Answer to the Question "Can Fashion Be Feminist?"

Disney star Rowan Blanchard is just 13 years old, but that doesn't mean she can't school everyone on what it really means to be a feminist.

In an interview with Elle magazine, Blanchard, who is the star of the Disney Channel's Boy Meets World spin-off Girl Meets World, dropped a million truth bombs in regards to how women can walk the delicate line between being feminists and fighting objectification, and loving fashion — an industry often accused of objectifying women.

"I love fashion. We all do," Blanchard says. "But we shouldn't be taken less seriously because we're in dresses."

"You can be a kick a-s-s feminist — sorry, I know it's not technically a swear but still! — but you can contribute to the fight against objectification and be wearing your favorite designer," she continued. "At the end of the day, it's about equality."

A burgeoning young feminist: Last month, Blanchard lit up social media when she eloquently detailed what modern feminism means to her after a Tumblr user asked for her thoughts on "white feminism." Her response (later posted to her Instagram as well) addressing the wage gap, white privilege and Internet misogyny, was touted as a surprisingly sophisticated takedown of white feminism.

Taking down red carpet commenters: Further in the Elle interview, Blanchard tackles the controversial question every woman who walks a red carpet is expected to answer: "What are you wearing?"

"On a red carpet, the only thing I'm often asked is, 'Who are you wearing?' And my costars, my friends who are older, even much older, really accomplished actresses who I admire — it's the same story," she says. "For a guy, the first question is, 'What drew you to this project?' And it's like, come on!"

Blanchard did, however, offer an alternative to the omnipresent red carpet question. Blanchard suggested that instead of asking female celebrities what they're wearing, journalists should ask both men and women about their work.

"I'm happy to talk about what I'm wearing. It's cool to spotlight a new designer on the runway and to contribute to the fashion world that I love," she says. "But don't make my story, and who I am, be my dress, while my male costar's story is how he picks scripts and gets inspired." Which leaves us with one final question: Why weren't we as awesome as Blanchard when we were that age?