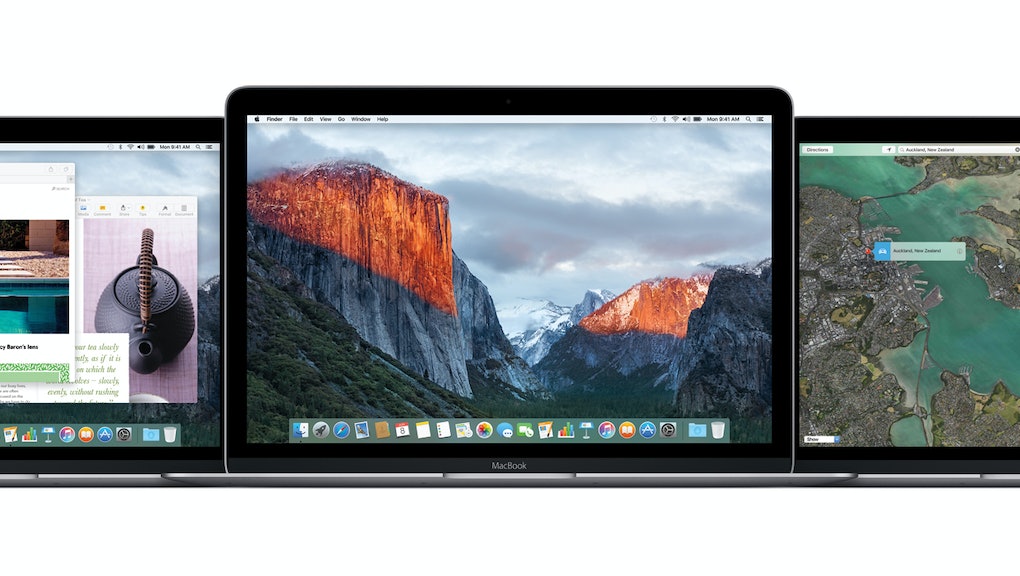 El Capitan OS X, Apple's newest software for Mac, will be available for free download on Wednesday, marking the first OS X update since Oct. 16, 2014. Apple's mobile operating system, iOS, has enjoyed a number of updates since then.

El Capitan's release date was announced the same day as Apple's Keynote event, when the tech giant unveiled the iPhone 6S, but it wasn't mentioned at the event — only in a measly post on its website.

This release hold-off may have something to do with the fact that mobile use is now greater than desktop use, a growing trend. According to Smart Insights, the number of global mobile users officially surpassed desktop users in 2014. Perhaps this shift is why so many of the new El Capitan features have been designed to work seamlessly with iOS.

Features: The new software allows users to display and use full-screen apps side-by-side as well as swipe the trackpad to delete emails on InMail, similar to how users delete emails on the iPhone but without the touch screen. The Photos app for Mac will look a lot more like Photos on iOS as well, Wired reports.

Metal, Apple's graphics technology introduced for iOS in 2014, will be available on Mac with the new software, TheNextWeb reports. Metal was built for app developers but also helps apps and files open faster.

Spotlight will now allow users to search using natural language, such as "Yankees score" or "today's forecast," TheNextWeb reports. Plus, for users still adjusting to Apple's transition from Helvetica Neue to the San Francisco font on iOS 9, the switch may have been made easier by the fact San Francisco will now be the default font across the board with El Capitan.

"People love using their Macs, and one of the biggest reasons is the power and ease-of-use of OS X," said Craig Federighi, Apple's senior vice president of Software Engineering, in a press release. "El Capitan refines the Mac experience and improves performance in a lot of little ways that make a very big difference. Feedback from our OS X beta program has been incredibly positive and we think customers are going to love their Macs even more with El Capitan."

As Apple fans await the full release this week, one thing is undeniable: OS X has come along way since Apple released the first version, Cheetah, in 2001.