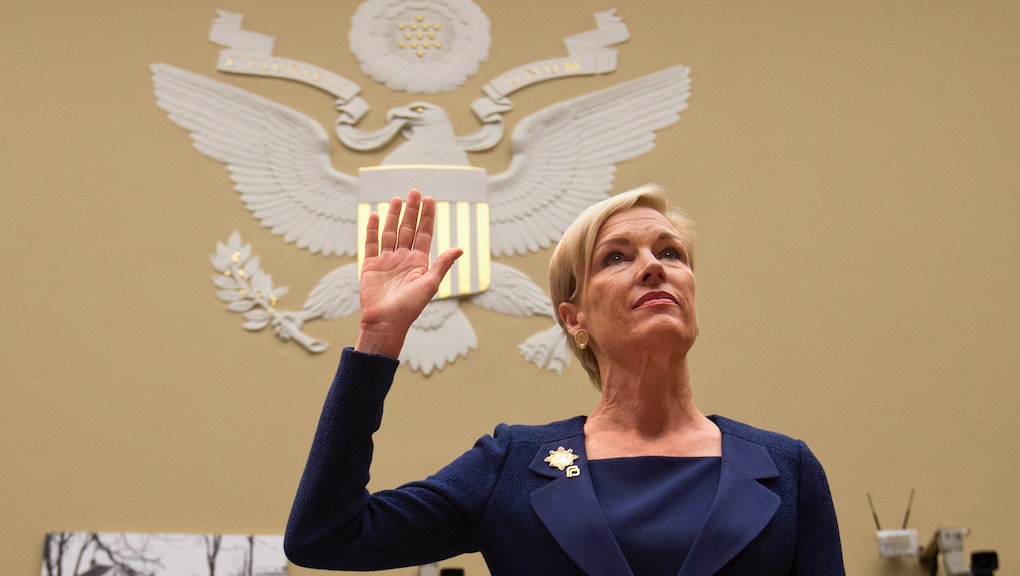 Richards testified before a House committee in light of an investigation into federal funding for the organization as well as a group of videos produced attempting to reveal that Planned Parenthood sells fetal tissue for profit.

"Despite the critical role Planned Parenthood plays in providing health care to millions of Americans," she said, "since July, Planned Parenthood has been the focus of extensive discussion and scrutiny for our health centers' limited involvement in fetal tissue research as a result of a deliberate and systematic effort by [The Center for Medical Progress's] David Daleiden and other opponents of safe and legal abortion to infiltrate our health centers, try to entrap our staff into potentially illegal conduct and create discredited, doctored videos designed to smear Planned Parenthood."

Richards also mentioned the 2.7 million people who use Planned Parenthood's medical care, spurring some of those people and other supporters to chime in on Twitter:

A national poll conducted by USA Today and Suffolk University shows 65% of Americans support government funding of Planned Parenthood, while 29% say the organization should be cut from receiving federal aid.

The House will continue to consider a budget, which, if not approved, may shut down the federal government as the fiscal year comes to a close. Democrats, however, say President Barack Obama will veto current versions of bills that would strip Planned Parenthood of funding, USA Today reports.