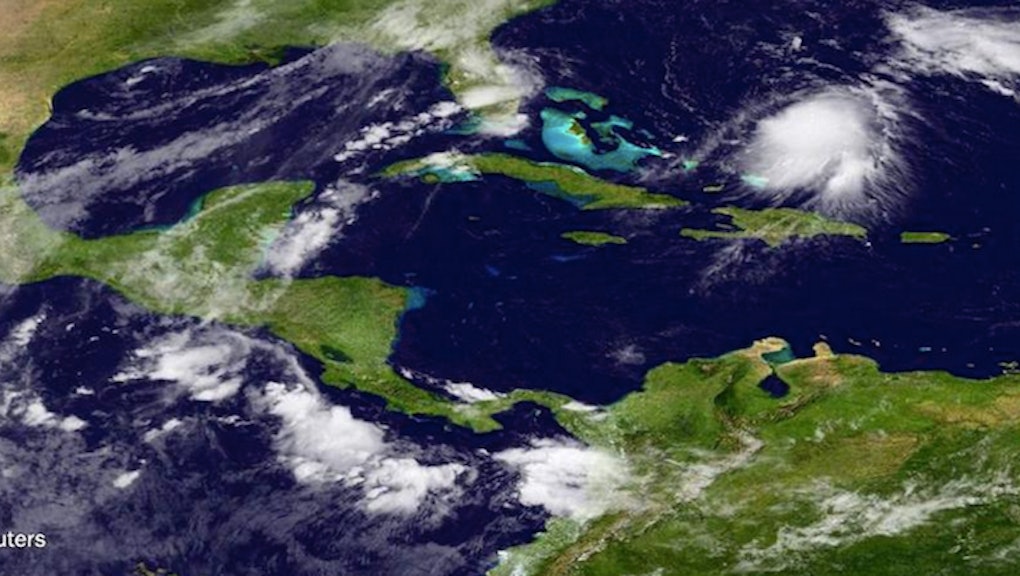 Hurricane Joaquin 2015: Projected Path of Storm and When It's Expected to Reach the US

As Hurricane Joaquin continues to make its way toward the U.S. mainland, the National Hurricane Center upgraded the storm to a Category 1 hurricane Wednesday morning. Forecasters predict the now quickly intensifying Joaquin, currently located near the Bahamas, will almost certainly bring heavy rain and flooding to parts of the U.S. East Coast, according to USA Today.

On Wednesday, the Bahamas government issued several emergency hurricane warnings to five islands within the storm's projected path, which is expected to cross through the region between Wednesday and Thursday. By 8 a.m. ET Wednesday, Joaquin's winds had topped 85 mph, according to the National Weather Service's National Hurricane Center.

According to WRAL's Miami-based meteorologist Elizabeth Gardner, "Joaquin could be a Category 2 hurricane (with sustained winds of 85 to 90 mph) off our coast by late Friday, into the weekend and even into Monday."

The storm is expected to continue surging toward the eastern part of the U.S. now that the wind shear preventing Joaquin from becoming stronger has begun subsiding. The hurricane could reach New Jersey as early as Sunday, AccuWeather reports, before continuing north toward Canada.

Joaquin is now the third hurricane of the Atlantic season, Reuters reports.