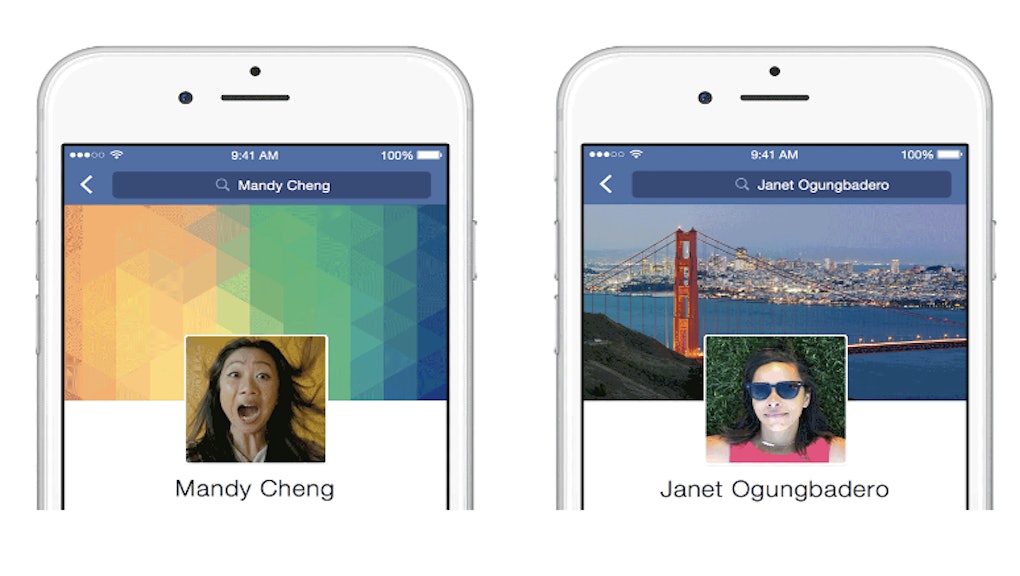 Facebook profile pictures are about to get a dose of dynamism. The tech giant is testing controls for its mobile application that lets users create GIF-style profile pictures that loop in seven-second intervals and tweak the information displayed in mobile profiles.

For now, the profile picture control test is limited to Facebook users in San Francisco and the U.K., but the company plans to extend the capabilities to more cities in the coming months.

"The world has changed since we first introduced profiles in 2004," reads a Facebook blog post co-authored by product managers Aigerim Shorman and Tony Hsieh. "On News Feed and profiles, we're seeing people create and view more videos than ever before. Today we're starting to test the next step in an obvious evolution of profiles: profile videos."

Static mobile profile pictures are also getting a rework. According to Facebook, 26 million people took advantage of the Celebrate Pride filter to alter their default photos. Facebook wants to offer users a way to temporarily change their picture to support a cause or to celebrate timely events like Throw Back Thursdays.

Facebook will also be rolling out profile controls that give users more agency over the information other users can access. The update adds a customizable blank box at the top of the "About" field where users can pen a one-line bio, choose up to five photos and curate a selection of personal information. In the control test, mobile profile pictures are also centered rather than positioned to the left.

Facebook users are increasingly using mobile devices to access the social network, the Verge reports. Because of this, advertisers are looking for new ways to engage with those users. According to the International Advertising Bureau, mobile is the No. 1 medium for advertisers looking to target Gen Z and young millennials. Facebook has therefore invested heavily in building mobile video products for advertisers. It's unclear whether or not Facebook will share data from profile picture videos with its advertising partners.

The change adds to the company's recent experiments, when earlier this month CEO Mark Zuckerberg revealed that Facebook is working on a "dislike" button.