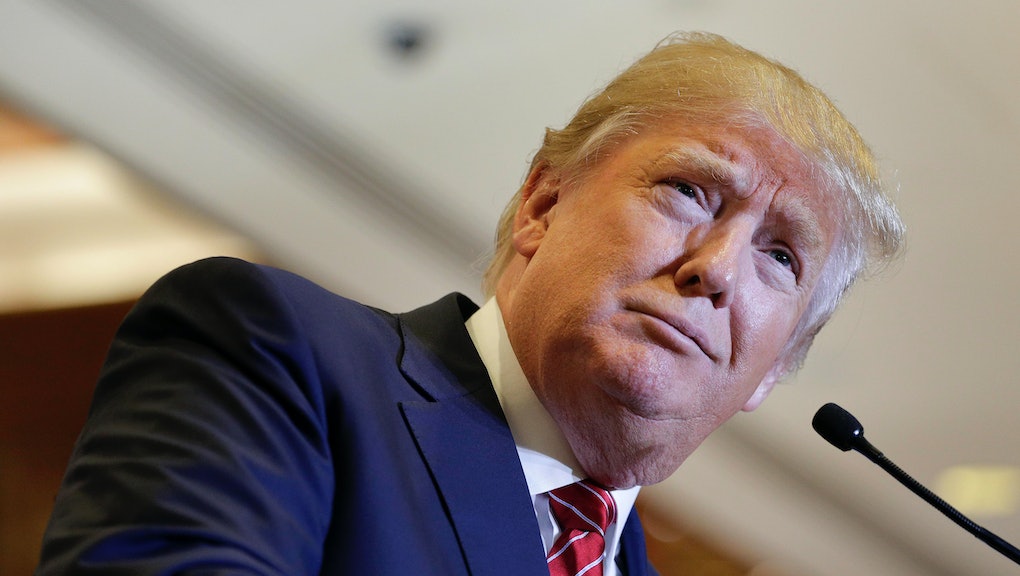 These are some of the most common words voters use to describe Republican presidential front-runner Donald Trump, according to a new poll from Suffolk University and USA Today released to the media Wednesday.

Pollsters asked 1,000 likely voters what one word they would use to describe the real-estate billionaire. Unfortunately for Trump, the results confirm his well-documented track record of offensive statements and mean-spirited remarks resulted in many voters determining they'd like to throw those insults right back at him.

Some 21.7% of respondents gave answers categorized as "other" or some variant of a non-answer. But 52.1% used some kind of insult to describe Trump. The poll also found that Trump, at just 27%, had the lowest favorability rating of any candidate.

Despite all the negative words associated with Trump, he's still the leading GOP candidate with 23% of the votes for those planning to vote in the GOP primaries. Neurosurgeon Ben Carson and former Hewlett-Packard CEO Carly Fiorina tied for second at 13% each, while Florida Sen. Marco Rubio earned 9% of the vote, Florida Gov. Jeb Bush got 8% and Texas Sen. Ted Cruz took 6%.

Of course, one might argue there is a silver lining here for the Trump campaign: Apparently, no one's calling him a "loser."