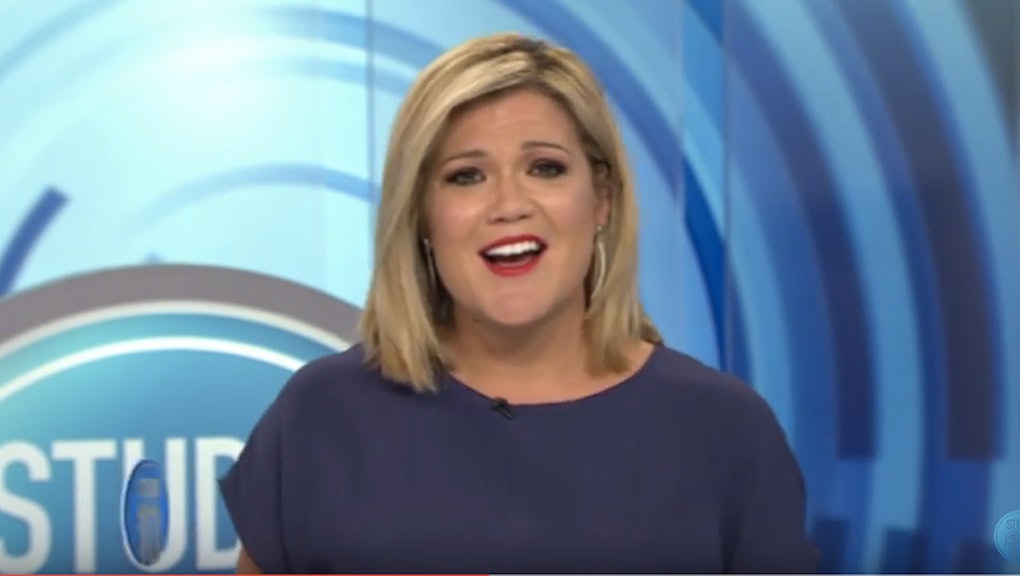 Sarah Harris, a host of the Australian show Studio 10 who also happens to be pregnant, was recently featured in a Women's Weekly photo shoot, which one of her co-hosts congratulated her for on Thursday morning's broadcast. Harris, however, used the moment to reveal the kind of feedback she's received about her pregnant body.

"I actually don't look like that in real life," Harris said of the magazine photos, noting that "what I really look like off duty" is reflected in seemingly unflattering photos published in the Daily Mail. Many felt the need to comment on this discrepancy, Harris said, noting that commenters said "revolting" things about "how huge I am, how fat I am, how ugly I am."

While she was initially bothered by the body shaming comments, Harris said she decided that was just ridiculous.

"I thought, you know what? Bugger it. I'm growing a baby," she said. "I hope those photos of me make other pregnant women feel better about their bodies, because I'm kind of fed up with the body shaming that happens when you're pregnant and the pressure that comes afterwards to lose the baby weight."

Snapping back: Harris isn't the first to speak out against this type of body-shaming, either. When Philadelphia-based meteorologist Katie Fehlinger was pregnant with twins in August, viewers called her a "sausage in casing" and "disgusting," Today reported.

"Even during the most uncomfortable — and let's face it, less than glamorous — symptoms of pregnancy, what women go through to bring their precious children into the world is, simply put, amazing and you should be lauded," Fehlinger wrote on Facebook at the time. "Remember, a woman went through the very same thing to bring you into the world."

What's more, as Harris pointed out, women often face immense pressure to lose weight post-pregnancy. Celebrities like Jessica Simpson, Kelly Clarkson, Bollywood star Aishwarya Rai and countless others have faced it, but many have spoken out against it, too. As Harris noted Christina Applegate told Shape magazine in 2013, "I think that we need to embrace that a woman just did something pretty incredible for nine months and fed this child and built fingers and elbows and eyes and just went through pushing this human out of her body."

And Harris hopes that pregnant women everywhere take this sentiment to heart.