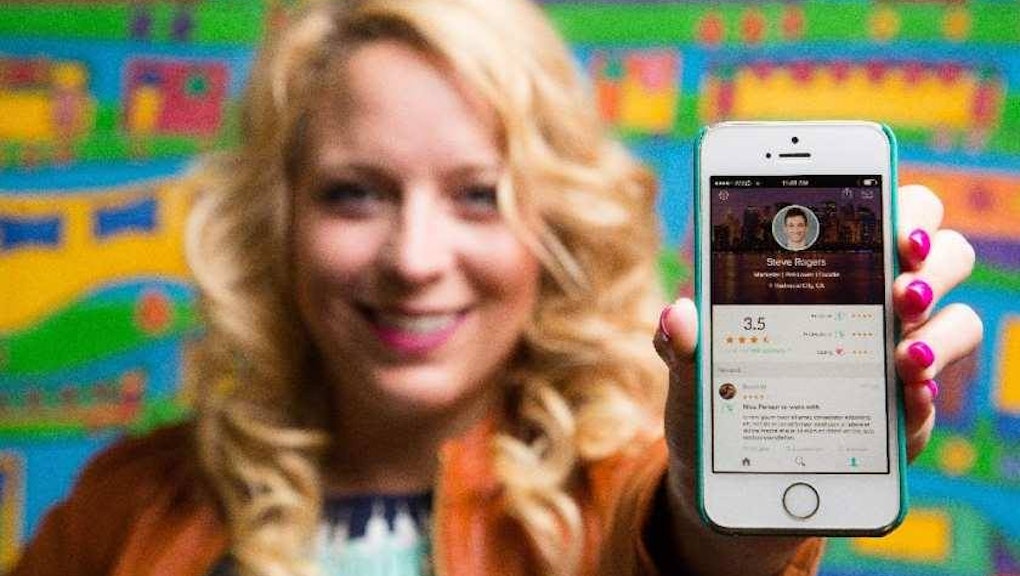 Peeple is a social network dubbed the "Yelp for people." The app allows users to submit a name and then watch as other users rate the person from one to five stars. It is valued at $7.6 million and has been written up by outlets like the Washington Post, the Verge and the Guardian. Peeple's co-founders also don't appear to understand the concept of irony: They're lashing out at critics, lamenting how their app has been publicly judged — exactly the thing Peeple purports to do.

"Opinion columnist is even worse as there is no accountability to fact finding before spouting off opinions," the account representing Cordray and McCullough tweeted on September 25.

Sound oddly familiar? It should. That's exactly what the concern is for an app like Peeple, which aims to publicize your online reputation in a sort of bizarre, Internet-based character pageant. Though one could argue that every social network is a virtual pageant, Peeple patents and packages that impulse into an easily digestible app.

As the Washington Post's Caitlin Dewey put it, there are "very critical issues" at play, "such as consent and bias and accuracy and the fundamental wrongness of assigning a number value to a person."

But that didn't stop McCullough and Cordray from going after Morrison with similar criticisms, as Twitter users were quick to highlight:

Even model and social media superstar Chrissy Teigen went in:

Despite the co-founders' arguments that an app for judging human beings is actually not all that creepy, the reaction has been mixed at best. It has been described as "terrifying," the "app your mother warned you about" and something "you didn't dare ask for."

The app itself hasn't launched yet — the Post reports it will likely hit App Store shelves in late November — but that hasn't stopped it from drumming up considerable (though not entirely positive) buzz. Now, with McCullough and Cordray's responses in plain view — in an added twist, their Instagram account is set to private — that iffy buzz will likely continue.