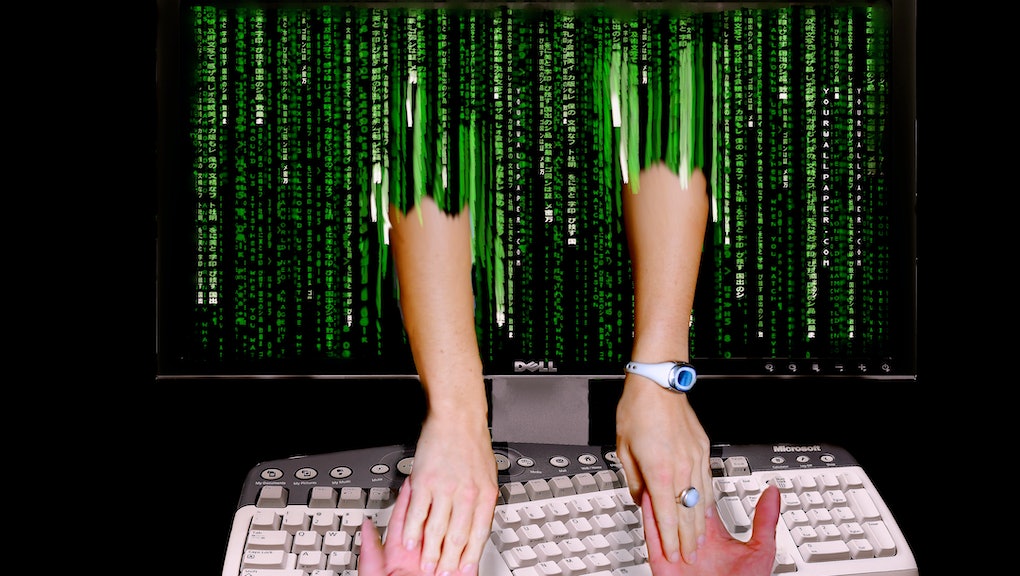 Peeple, the "Yelp for Humans" Everyone's Mad About, Is Exactly What We've Been Asking For

Everything and everyone on the Internet lives or dies by reputation: followers on Twitter, endorsements on LinkedIn, Facebook likes and Reddit karma. Shop for underwear on Amazon and you'll be met with a flood of reviews; the reviews themselves are reviewed, and the reviewers are rated accordingly.

The Internet is a sorting machine, and its various mobs and algorithms try daily to shuffle the most reliable pages to the top and bury the rest.

So why do we hate the idea of being sorted ourselves?

This week, the world was scared witless of an app concept called Peeple, a proposed "Yelp for people." It was called "terrifying" and the "app your mother warned you about." The Washington Post warned that this not-yet-launched service will be the single destination where our faults and misdeeds will be laid bare, where we have no control and our vindictive exes will leave permanent stains at the top of our personal Google searches for our family and potential employers.

Outrage was fueled by the fact that the founders, ironically, hate being reviewed themselves, and that they took to their website to proclaim, in pitch-perfect Silicon Valley condescension, that they "will not apologize for that because we love you enough to give you this gift."

But people want the Internet to become civil, less anonymous and more accountable. On principle, we want something like Peeple to exist. So why can't it?

Anonymity is dying, and everyone's a celebrity. In the early days of the Internet, everything and everyone could be as anonymous as they please. It gave rise to revelatory communities like 4chan, the ground zero of Internet culture, and heaps of unchecked abuse that came with it.

Yelp's own anonymity has turned it into a place where competitive businesses and disgruntled customers go to bring a business down without having to take responsibility for their claims. Kaylie Milliken is the director and producer of Billion Dollar Bully, an upcoming documentary about Yelp that examines how the site has become a place where businesses are bludgeoned by the Internet anonymity engine, and how Yelp itself has allegedly used its advertising sales department to extort money from businesses in exchange for curating reviews to skew more or less positively.

"One thing that's really great about the Internet is it was supposed to become this great equalizer, so if there was something bad like business, you could go online and talk about that — it added a level of transparency," Milliken told Mic. "But Yelp, while they were giving that transparency to consumers, they completely took it away by giving anonymity to anybody who wants to review."

Year after year, the Web has been course-correcting. We use our Facebook to log into everything now, and the more verified identities that join the network, tied together with personal data like phone numbers, the more trustworthy our referrals become. Yes, it's leading to more surveillance and less privacy; it's much harder to hide. But it's also much easier to hold someone accountable.

The loss of anonymity, and the importance of your online identity, is the sapling that gave sprout to the "personal brand" and ushered in an era of personal reputation management in which we all take part every day. We manage our social media accounts, blog, carefully craft our public image, treat ourselves as if we all fall on some sliding scale of celebrity. If we get negative feedback, we ask friends to flood in and support us with likes and positivity.

"Instead of doing our jobs, we're spending an increasing proportion of our lives building our reputations."

"The problem with all of this stuff is that instead of doing our jobs, we're spending an increasing proportion of our lives building our reputations," Jennifer Jacquet, author of Is Shame Necessary?, told Mic. "We all need entire armies dedicated to managing our online fallout."

We read guides on how to take better selfies, hire online dating consultants to build and manage our profiles and hold off from posting to Instagram if it doesn't fit what your followers would love — a good brand trains an audience's expectations with consistency, after all.

What terrifies us is the idea that someone else can manage that brand for us. That a single slip-up — getting too drunk and rude at a party or needy Facebook comments left after a rough breakup — will become the defining aspect of our character. In practice, it seems no one really cares.

We've seen all of this happen before. When the app Lulu launched in 2013, it was the "Yelp for guys," a place where women could leave reviews of the men in their life about how they are as pals, boyfriends and sexual partners. They were serving a problem no one had quite solved yet: When everyone looks polished on the social Web, how do you figure out if a guy is really safe?

"It's a new reality: Women are now dating total strangers on the Internet," Lulu co-founder Alison Schwartz told Mic. "The referencing band has evaporated, so Lulu stepped in to provide a new tool in the void."

A single slip-up — getting too drunk and rude at a party or needy Facebook comments left after a rough breakup — will become the defining aspect of our character.

At first, Lulu was going to be a countervailing force in a patriarchal world, where women could have a safe space to speak truth about the men they know. Then it was allegedly "ruining dating" and widely seen as creepy. And then it was nowhere to be seen: A look at analytics site App Annie shows that Lulu has been mostly absent from the App Store leaderboards for the past year.

But while Lulu was briefly popular, it defied expectations for being a place for women to slander and tear down their exes. The average score of all Lulu reviews hovers around 7.5 out of 10, and men weren't that afraid of it. Schwartz told Mic that out of all men who used Lulu's opt-out function, over a third opt back in to be evaluated within a week.

Turns out, people are more frightened by being reviewed than by the threat of unchecked reputations.

Peeple is a doomed business. Never mind Peeple's founders are fumbling the launch so much that some people can't even tell if it's a hoax — the reputation business is just doing terribly. Everyone whose tried their hand at a Yelp-like business has largely failed, and one look at Yelp's stock shows it has been in a nose-dive for over a year.

Secret and Whisper, apps that traded in gossip, are dead and forgotten (respectively). Jacquet, who is an NYU professor, says that Rate My Professors is a shadow of what it once was. Even Lulu, which is still kicking, isn't just a review site anymore — Schwartz has pivoted the business into a media company that wants to be a destination for "girl talk" and is building out verticals for health and beauty content.

Instead, reputation and reviews flourish more at point-of-sale. Instead of Yelp, reviews for restaurants appear right in Seamless when you go to order, and book reviews are more potent when browsing books on Amazon than an additional site like Goodreads. Reputation is great when it's baked into our everyday lives. On its own, no one cares.

"The systems that have taken off the most are either based on transactions or communities," Harvard Internet law professor Jonathan Zittrain told Mic, citing eBay for transactions and Yelp for communities. "The concept of rating people generically is neither. We don't 'consume' one another's friendships, and the breadth of potential rating is so big that one wonders if the whole thing is, frankly, a put-on."

Authors, lawyers and reputation experts agree: Why would you use Peeple other than to get revenge?

This is the one thing we heard most from the authors, lawyers and reputation experts who spoke to us about Peeple: They just didn't see why anyone would use it, unless it were to get revenge.

"My own sense is that a site like this won't be popular, because it won't be that interesting," Jacquet told Mic. "I'm guessing this site will be unreliable and gossipy. We don't want to scrutinize what an acquaintance thought at a dinner party. It doesn't have the makings of something valuable."

But even if it were just a hub for the disgruntled, it would become so obvious as to be useless.

Reputation sites are cesspools of anger and revenge, and everyone knows it. Online reviews on sites like Yelp are more likely to be negative places for people to gripe when they're in the heat of the moment. And even if a reputation site does become big and influential enough, they end up as game-able systems.

Any platform that develops enough power is a ripe opportunity to manipulate and exploit that platform. Fake accounts can bolster likes and follow counts, and bots can give a website fake viewers. And for restaurants dealing with dissatisfied costumers? There are now reputation management companies, which can help the rich and powerful hide from scrutiny, even on the Web.

Richart Ruddie is the CEO of Profile Defenders, a company that will guarantee that they'll get articles and reviews from sites like Ripoff Report taken offline for prices starting at $15,000. Ruddie is confident that if Peeple ever picked up steam, he'll be able to tear down bad reviews on behalf of those who can pay a high-enough price. Bad reviews can be useful in identifying bad actors but not if they're rich or powerful.

"We'll eventually be able to figure out how to get people off the site," Ruddie told Mic. "Sometimes it takes legal maneuvering or threats, but it's always possible."

But if past business failures are any indication, it won't come to that. And the Web doesn't need it.

The Internet already is Peeple, and it gets better at it all of the time. A version of Peeple would have been useful in an earlier Internet, but there is a growing backlash against bullying that's leading to more accountability to search giants and platforms that publish content and reviews.

Bowing to popular demand, Twitter has dedicated new resources to protecting users from harassment, and Reddit has begun slowly stamping out forums where hateful anonymous mobs go to fester and organize.

Peeple's promise is to make people on the Internet more civil, accountable and trustworthy. But the slow death of anonymity, the integration of reputation with everything and the growing backlash against bullying means a new kind of bully isn't necessary. Peeple makes people angry not because it's dangerous, but because it's unnecessary.

The Internet is becoming a better democracy. The last thing it needs is a new self-proclaimed tyrant.