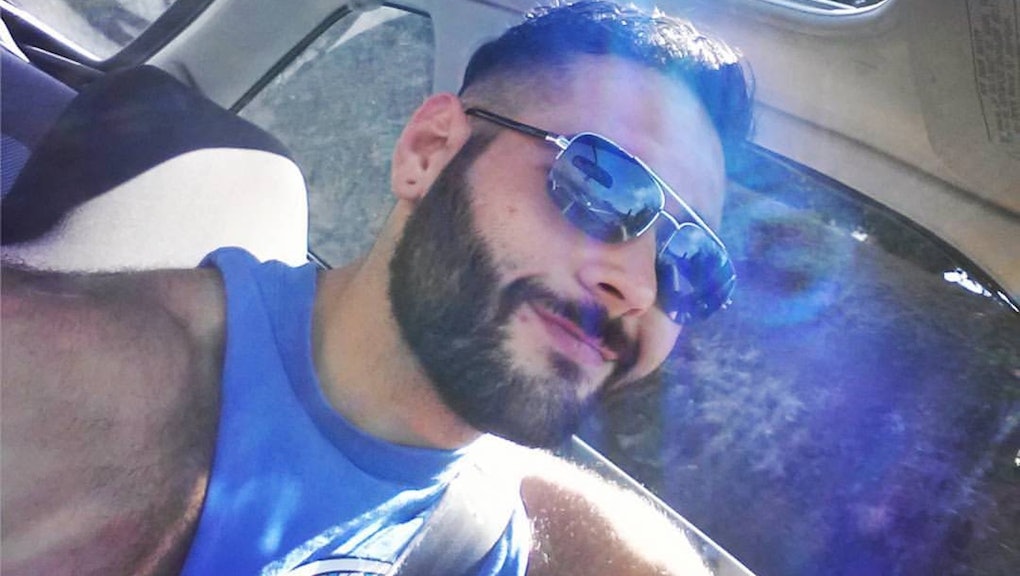 On Thursday, a 26-year-old gunman killed 10 and wounded seven others at Umpqua Community College in Roseburg, Oregon. The shooter was ultimately killed by police.

The death toll, however, could have been much higher were it not for the efforts of one man who reportedly stood up to the gunman — and took five bullets for his effort.

Chris Mintz, 30, had just started his first week at UCC after a decade-long career in the military when he heard shots fired in the campus' Snyder Hall. According to his aunt, the combat veteran immediately rushed the scene of the single classroom where the shooting took place in an attempt to get between the gunman and his fellow students. Mintz reportedly tried to block the door and to prevent the shooter from entering.

"Tries to block the door to keep the gunman from coming in gets shot three times hits the floor looks up at gunman and says its my son's birthday today gets shot two more times," Wanda Mintz told Q13Fox. Wanda Mintz said her nephew relayed the story to her while on his way to surgery.

In addition to the gunshots, Mintz broke both his legs. Amazingly, despite being hit in the back and abdomen, he suffered no injury to his vital organs, according to his cousin Derek Bourgeois.

In an interview with the Daily Beast, Bourgeois who, also served in the United States Army, expressed a sense of irony and amazement that Mintz had breezed through combat overseas only to come so close to death on a generally placid college campus in Oregon.

That recovery, however, is not expected to be easy.

With his injuries so extensive, Mintz will likely have to undergo significant physical therapy before he can return to his normal self, Bourgeois said. "He's going to have to learn to walk again." Bourgeois told the Daily Beast, adding that he was totally unsurprised by the casual act of heroism. "It sounds like something he would do."

Mintz relocated to Oregon to raise his 6-year-old son, and for members of his family, a silver lining came in the fact that he was able to escape from the carnage at all.

"He walked away with his life," another cousin, Ariana Earnhardt, told Q13Fox. "That's more than so many other people did."

Instead of learning the shooter's name, learn and remember his.