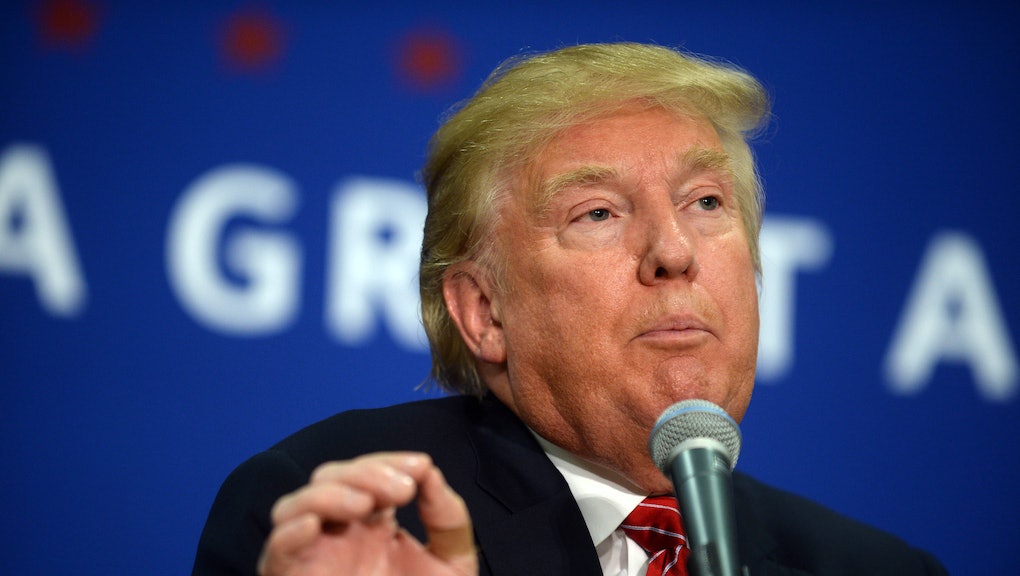 Republican front-runner and real estate billionaire Donald Trump, however, just argued that not only will gun laws not prevent future shootings, but that mass shooters will accomplish things "people will not even believe are possible and that they are "geniuses in a certain way."

In an interview with NBC's Meet the Press that aired on Sunday, Trump argued there is little that can be done to prevent future mass shootings and that "guns, no guns — it doesn't matter."

He added that "they happen to be intelligent. And, you know, they can be sick as hell and they're geniuses in a certain way. They are going to be able to break the system."

"I watched [President Obama's] statement, and I understand exactly what he's saying," Trump said. "But, you know, no matter what you do — guns, no guns — it doesn't matter. You have people that are mentally ill, and they're going to come through the cracks."

"And they're going to do things that people will not even believe are possible," he continued.

Todd asked the front-runner if he thought there were more mentally ill people in the U.S. than elsewhere.

"I think what we have is, I think, we have copycats," Trump said. "I think that they watch it and they see it here more than other places. And the world can be a pretty sick place in so many different ways."

"But we have mentally, very unstable, people and that is going to lead — and you know it's not politically correct to say," Trump concluded. "You can have the best security. You have the best everything, but people are able to get in and do this — just terrible damage."

Additionally, the Guardian reported that at a Nashville rally on Saturday, Trump invoked the 1974 Charles Bronson film Death Wish, in which a man whose wife is murdered and daughter is raped goes on a bloody rampage against New York City criminals. Trump told the crowd anyone who attacked him would be "shocked" to find him as prepared and well-armed as Bronson's character, adding, "Today you can't make that movie because it's not politically correct."

Trump is currently leading the GOP pack in the polls, with the most recent Pew survey finding him at 25% support, followed by neurosurgeon Ben Carson at 16% and Florida Sen. Marco Rubio tied with former Hewlett-Packard CEO Carly Fiorina at 8%. However, his support has dimmed somewhat in recent weeks, with one poll finding him just 1% above Carson.