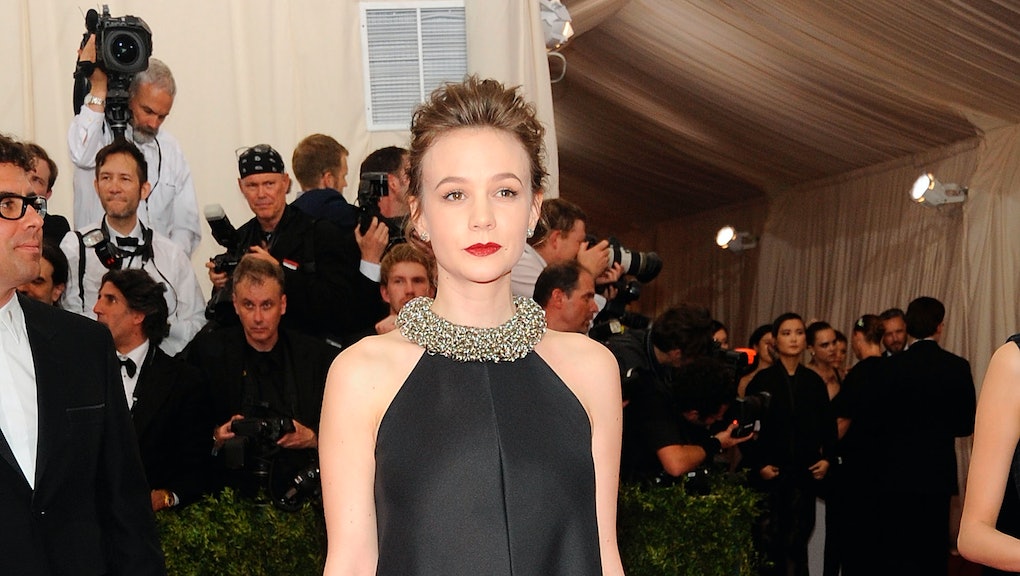 British actress Carey Mulligan doesn't want to hear that her characters — or that of other female artists' — are "strong."

Mulligan is starring in the new movie Suffragette, which is slated for a U.S. release on Oct. 23. In the movie, she plays Maud Watts, a fictional character who finds herself embroiled in the early 20th century battle in the U.K. to give women equal voting rights.

In a promotional interview with Elle U.K., Mulligan dropped some revealing tidbits about her experience with feminism, acting and why the "strong female character" stereotype is bunk.

Mulligan says, "You don't say to men: 'You played another really strong man.' The idea that women are inherently weak – and we've identified the few strong ones to tell stories about – is mad."

The actress also took the time to weigh in on cat-calling and body-shaming, telling Elle she deplored "this idea of idealizing people's bodies and then crushing them the moment they're not perfect."

"I just feel proud of being a feminist," she added. "... it was so extraordinary to see so many people asking me in interviews 'are you a feminist?' and I'd say 'yes,' and they'd go 'whoah,' like that was some sort of revelatory thing in 2015."

The Suffragette star says she's not sure she'd have the courage to be the character she plays in the movie.

"You'd like to think that you would [but] you're a product of your time," she said. "I can express my opinion, but I've never had to fight, to stand up for anything. And the notion of walking into a gallery with a knife and destroying a piece of art, that seems unbelievably terrifying to me. And that's just one, tame example of what they did."

In an interview with MindFood in May, Mulligan offered her defense of the term "feminist."

"I think it's become a divisive word," she said. "I don't think it is by its nature and by its definition and it shouldn't be."

"But I think for some reason, over the last couple of decades, it's become this sort of taboo word and has strange connotations where really the definition of it is so simple and so unaggressive and easy to sort of get on board with," Mulligan continued. "So, yeah, for some reason it's become this sort of slightly almost controversial word, where it's such a basic concept, it really shouldn't be."