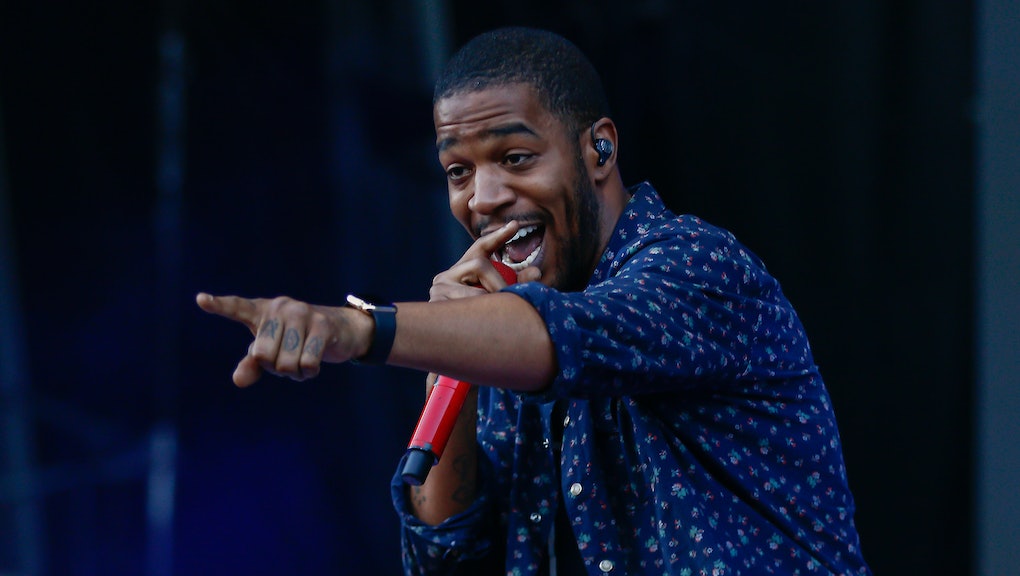 Kid Cudi's Speedin' Bullet to Heaven may not be on its way as quickly as the title would imply, but that isn't stopping the artist from putting out new music. The "Pursuit of Happiness" rapper, whose real name is Scott Mescudi, on Saturday shared with Twitter fans the news that he'd dropped two new singles, presumably off his anticipated new album, whose release date is TBD.

The new singles, titled "Wedding Tux" and "Judgemental Cunt," are just as alternative as Kid Cudi himself, whose music has been anything but mainstream. "'Weird' itself, even in the dictionary, is just something that is different and unexplainable," he told Complex in 2009. "A 'weirdo' is someone who follows their heart. I'm definitely weird, ain't nothing wrong with that."

The rapper uploaded the first of the two singles to SoundCloud on Saturday, captioning the post, "For all the fucked up kids like me :)." The song "Judgemental Cunt" features predictably harsh lyrics.

"Wedding Tux" features the artist crooning over a slow-paced melody, which sounds like it was recorded all in one take, while playing an acoustic guitar.

The lyrics paint the scene of a broken relationship and a man's hatred for the world:

Whether "Wedding Tux" and "Judgemental Cunt" are personal reflections on the artist's life is unclear. However, Kid Cudi has said Speedin' Bullet To Heaven is a very raw, real project, with all of the musical instruments and lyrics being recorded by the artist himself.

Both of the latest singles from Kid Cudi are available via SoundCloud.