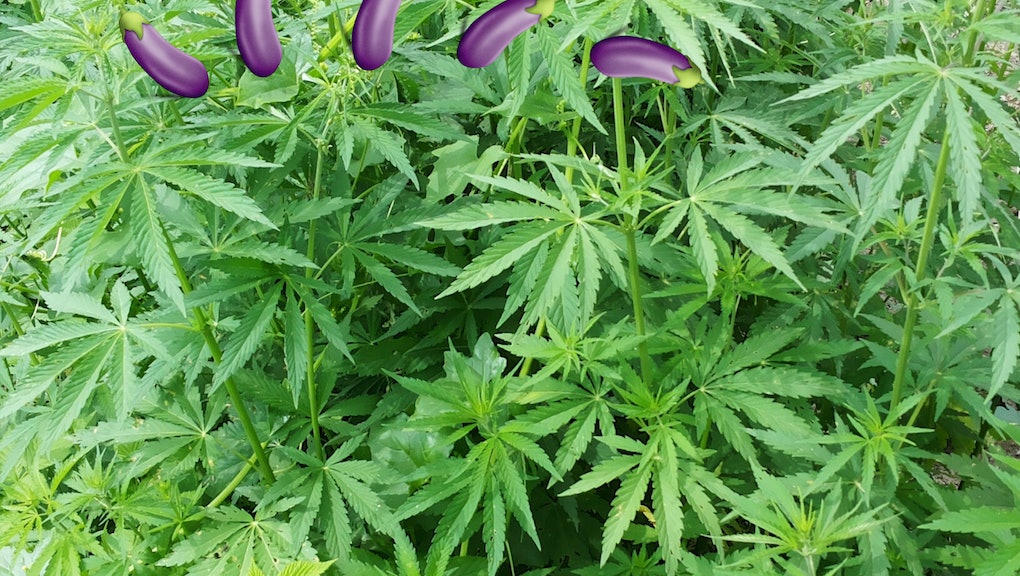 It's a question posed by weed enthusiasts for centuries: What really happens when marijuana takes hold of the D? Some guys swear their "stoned boners" enable them to perform all kinds of sexual witchery, while others have referred to reefer as the "Natural Viagra."

But new research is here to be like, "LOL nope. Pot + penis = a one-way ticket to the Soft Serve Shoppe. Byeee."

In the grand tradition of whiskey dick, "weed dick" has arrived to ruin the sex lives of recreational smokers the world over. In a recent Playboy article, sex researcher Justin Lehmiller discussed the myriad ways in which marijuana may affect male sexual performance.

"Consistent with the idea that higher doses of cannabis may be problematic, research has found that the prevalence of erectile dysfunction is three times as high for daily marijuana smokers compared to those who don't use it at all," he wrote.

Lehmiller reports that although men may claim to have increased sexual stamina after smoking, it's possible it's only because the drug has altered their perception of time. So if you're wondering about that guy from college who claimed the ganj made him last, like, forever, man, the answer is he likely wasn't that great at sex. He was probably just high.

The peen isn't the first private part to be faced with weed panic. Earlier this year, the phenomenon of "cotton vagina," which alleged weed dries out lady bits, took over the Internet for a hot second.

But that theory was later swiftly debunked by Tami Rowen, an OB-GYN at University of California, San Francisco, who told the Daily Dot that pot-induced cotton vagina probably wasn't "a real thing," as the salivation of a mouth and the lubrication of a vagina are caused by different biological processes. (Who knew?)

With that in mind, it might be wise to take the concept of "weed dick" with a grain of salt. Even Lehmiller said that this conclusion could ultimately wind up being invalid. "While this research suggests that marijuana is likely to be an erection inhibitor, the answer is probably a bit more complicated than this," he wrote. "We need a lot more hard data (pun fully intended) to understand why different guys report experiencing different sexual effects." So keep on tokin', gentlemen.