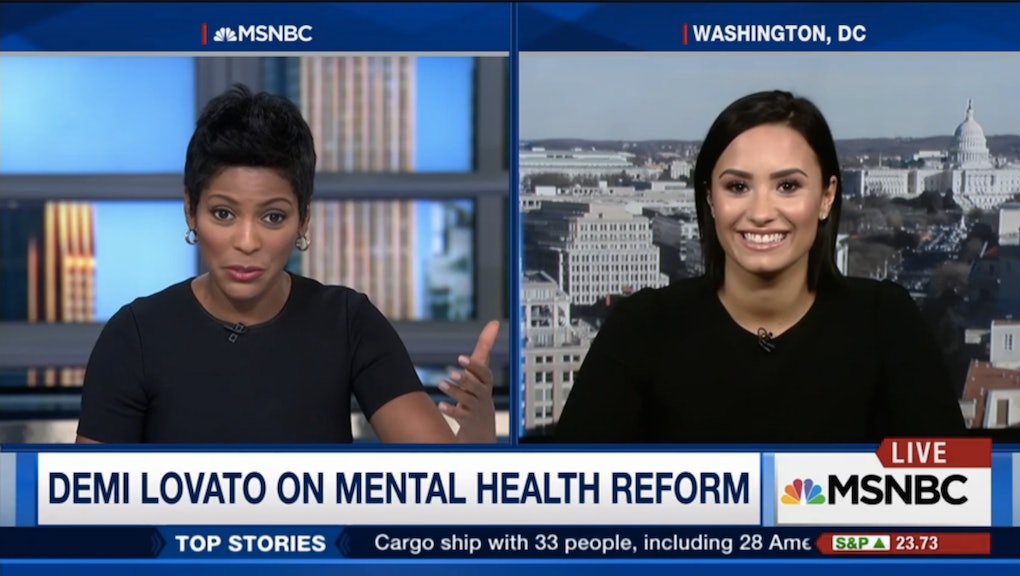 The singer and actress, who is living with bipolar disorder, went on Live With Tamron Hall to discuss what she will be asking from Congress following the tragedy on behalf of Be Vocal: Speak Up For Mental Health, an initiative Lovato represents.

"What I would love to see is comprehensive mental health reform in our government," Lovato told Hall. "I think it's really important that mental health treatment is more accessible than it is."

In response to those who have come out and blamed the shooting at Umpqua Community College on mental illness, Lovato tried to set the record straight. "People with mental illness are actually more likely to inflict harm on themselves and become the victim rather than be the perpetrators," the 23-year-old pop said.

Lovato also notes her own experiences with mental disorders, saying, "I suffered from bits of mania and also bipolar depression, that was the thing that really got me ... I was lonely, I was sad, I was miserable and I couldn't figure out why because I was on top of the world."

"People with mental illness are actually more likely to inflict harm on themselves and become the victim rather than be the perpetrators."

Lovato will be meeting with lawmakers Tuesday during the National Council for Behavioral Health's Hill Day on Capitol Hill. This is not the first time she has been vocal about important issues: The "Cool for the Summer" singer is also an ambassador to the Stomp Out Bullying campaign and has been an active supporter and advocate for the LGBT community.