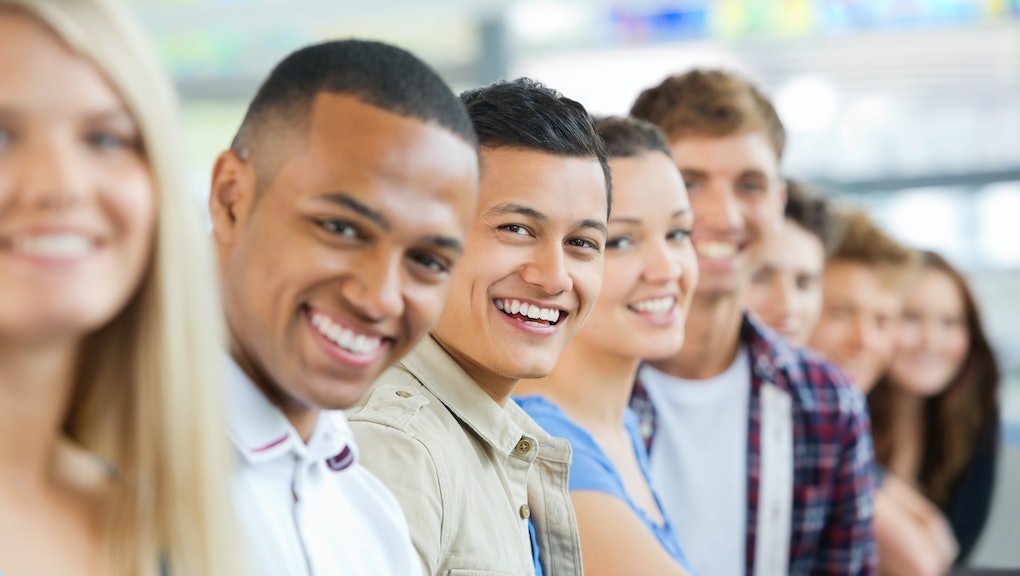 Every year, thousands of high school students and parents pore over the U.S. World & News Report rankings of the best colleges in the nation to determine the most competitive school they hope they can make it into. But U.S. News has another way of grading schools entirely unrelated to academics that some prospective students might consider just as essential: campus ethnic diversity.

For many students, experiences that occur outside the classroom are just as educational as those within them. From conversations in cafes to campus politics to late-night chats in dorm halls, much of the enrichment of a college experience comes from encounters with other students from starkly different backgrounds, as well as learning to grapple with their conflicting values and ideas. Ethnic diversity doesn't guarantee intellectual diversity, but it is a useful proxy for it — especially for students hailing from homogenous neighborhoods and high schools eager to expand their worldview.

U.S. News and World Report pooled together data on universities across the nation to identify the schools where students are most likely to find undergraduates from racial or ethnic groups different from their own. Their index, which doesn't include international students, measures the probability that "any two people chosen at random from a given school are of different races or ethnic groups."

Consider these 10 schools the Ivy League of diversity — the nation's finest institutions for learning more about the people in the real world than the real world often permits.

Rutgers, which scores .76 on the diversity index, is the most ethnically diverse university in the United States — a title that the school also held when the list debuted in 1997. Based on its most recent data, from 2013, the student body is 33% white, 22% Asian, 18% Hispanic, 16% black and about 11% significantly smaller ethnic groups or unknown.

Andrews University in Michigan has a .74 on the diversity index. The Christian college boasts an incredibly diverse student body: 34% white, 27% black, 18% Asian/Pacific Islander, 16% Hispanic and 5% other.

This university in Queens, New York, scores .74 on the index. Students at the college break down 40% white, 16% Asian, 16% Hispanic or Latino, and 15% black, according to Forbes.

Stanford University, which has a .73 on the diversity index, is the only school that makes it into both the top 10 best universities in the country and the top 10 most diverse, according to these rankings. The student body is 46% white, 21% Asian, 10% Hispanic and 4% black, according to statistics published by the school. "Unknown" accounts for 18% of students.

The University of San Francisco has a .73 on the diversity index. Twenty-nine percent of students are white, with 24% Asian, 19% Hispanic or Latino and 4% black according to the school. International students make up 20% of the student body.

This California school scores a .72 on the diversity index. Asian students make up a plurality of the student body at UCLA, accounting for 34% of those enrolled in fall 2014, according to the school's admissions office. White students make up 27% of the population, with Hispanic students at 19% and black students at 4%.

University of Hawaii at Manoa has a .72 on the diversity index. The school is 36% Asian, 23% white, 17% native Hawaiian or Pacific Islander, 14% multiracial, 2% Hispanic and 1% black, according to the university.

This Florida school scores a .71 on the diversity index. At Nova, 32% of students are Hispanic or Latino, with 31% white, 21% black and 6% Asian, according to Forbes.