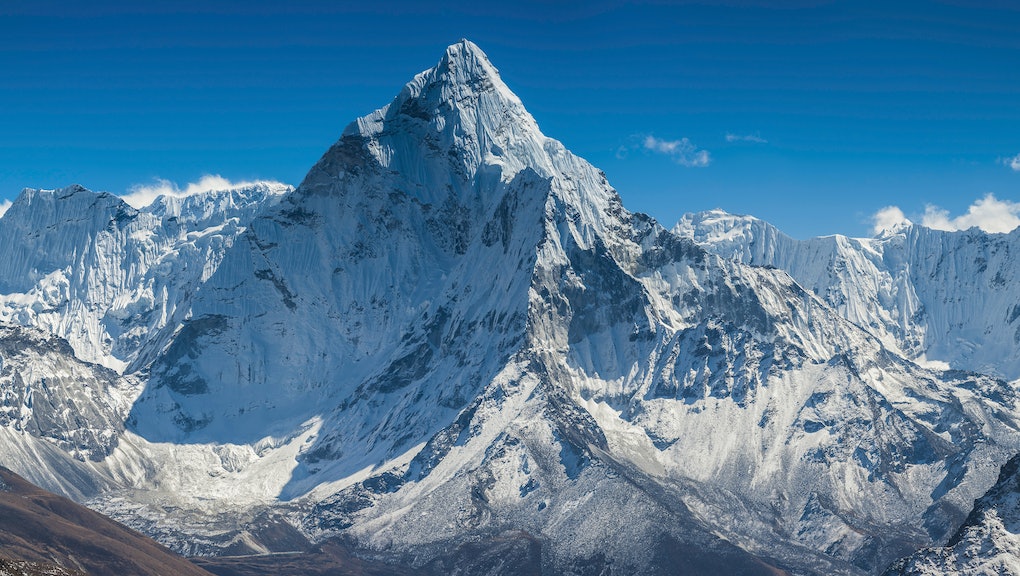 Asia's Himalayan Mountains are home to more than 200 previously unknown plant and animal species, including a "noseless monkey," a frog with blue eyes and a fish that can walk and live on land for up to four days, according to a new study released Monday.

"Between 2009 and 2014, at least 211 new species have been discovered in the Eastern Himalayas, 34 new species finds on average every year for the last six years," researchers with the World Wide Fund for Nature concluded in their report titled "The Hidden Himalayas: Asia's Wonderland." "This report celebrates these unique and fascinating species discoveries, as well as known species found in this vibrant region."

Ever wonder what a noseless monkey looked like? Or a turquoise-eyed frog? Or a walking fish? Well, eat your heart out:

There was also this lovely creature, known as the Dracula fish, that has two fangs and will haunt your dreams:

The report, however, was more than just a photo collage of exciting new species. The ecosystem surrounding the Eastern Himalayas is extraordinarily fragile and has been significantly diminished in recent years. According to the World Wide Fund for Nature, "only 25% of the original habitats in the Eastern Himalayas remain intact." The rich trove of plant and animal life in the region has come under threat by human exploitation. Today, a number of critical habitats "face growing pressures as a consequence of unsustainable development in the region," the report says.

The report comes amid darker findings by scientists elsewhere showing that habitats and ecosystem are dying around the world at a rate unprecedented at any time since dinosaurs roamed the Earth. Other research has shown that humans are likely to blame for significant spikes in plant and animal extinctions in recent years.

With the dual threat of climate change and habitat loss, humanity could be in for a very lonely future on planet Earth.