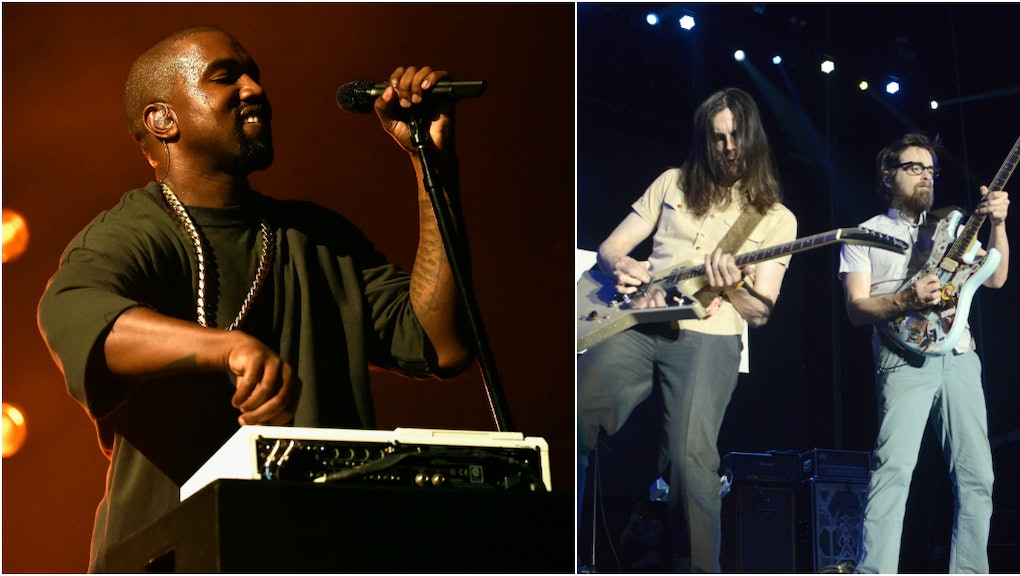 The world doesn't need to wonder any longer, thanks to Yeezer, a mash-up album combining standouts from West and the band Weezer's catalogs. The tension between West's insistent flows and Weezer's laconic poppiness makes for a hilarious meeting of the minds you didn't know you needed to hear.

Ohio State University sophomore Alex Hodowanec created the album essentially on a whim. He had been listening to Weezer's old album in his car a couple of summers ago when a friend randomly blurted out the name "Yeezer." Something about the name stuck out to Hodowanec, and he started to play around with what Yeezer might sound like.

"The first song I started working on was the first song on the album — which is Kanye's song through the 'Through The Wire,' mixed with 'Beverly Hills,'" Hodowanec told Radio.com. "I just kinda figured 'Beverly Hills' was the most iconic Weezer song ... Once that first song clicked, I thought, you might as well just go for nine more, right?"

Hodowanec has gotten an outpouring of praise and attention from publications across music, however, not every review has been entirely positive. Anthony Fantano, a critic at the Needle Drop, tweeted Tuesday night that "Yeezer sounds awful." Hodowanec's response: Relax, Internet.

Those looking for the next Grey Album, Danger Mouse's incredible Beatles and Jay-Z mashup that started a tidal wave of controversy, will have to look elsewhere. Still, serious artistic statement or not, Yeezer is an enjoyable listen. If nothing else, it's good for a nostalgic chuckle remembering the old West and '90s Weezer. It's the world's strangest collaborative album that never was.