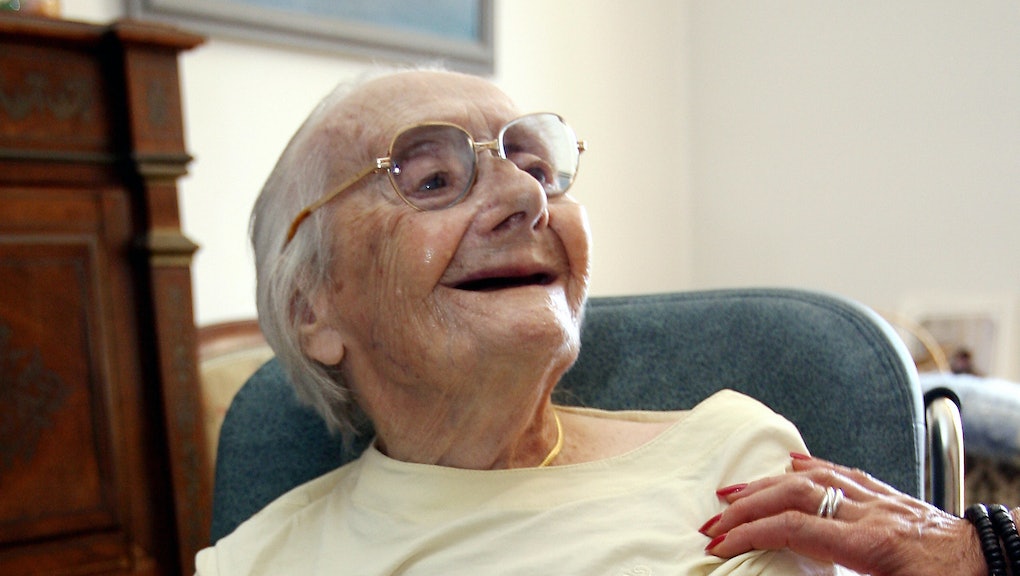 In the meantime, though, the world's newest oldest living person has some advice on coming as close as humanly possible. The 116-year-old Susannah Mushatt Jones says the secret to her ridiculous longevity is bacon.

Great news, right? If you listen to the the world's most successful death-cheaters, you might start to think everything you're doing to stay healthy is wrong.

Over the years, a swift parade of super-centenarians have expounded on their secrets, and you won't hear any of them talk about vitamins. Here's some of the advice they've doled out:

Jessie Gallan, Scotland's oldest woman before she died in March at the age of 109, was blunt. Gallan told the British tabloid Daily Mail that the key to her success was eating porridge and avoiding the opposite sex. "My secret to a long life has been staying away from men," she said. "They're just more trouble than they're worth."

That was the advice of 115-year-old Italian Emma Morano, who has been eating three a day for just about 100 years. During an interview with the New York Times, she also credited her prodigious lifespan to taking a pass on marriage, noting that she had been single since she separated from her husband in 1938.

Mark Behrends, who died this year at 110, was adamant that his secret to his old age was a beer he consumed each day at about 3 p.m. "He always joked that that was his medicine since he takes very little medicine," his daughter Lois Bassinger told the Omaha World-Herald.

In the pantheon of old people, Jeanne Calment has perhaps the most coveted place of all. The French super-centenarian was not only the oldest person alive when she died in 1997 at the age of 122, but she was (and remains today) the oldest verifiable human to ever walk planet Earth.

On the road to her near-biblical achievement, Calment was said to have smoked until the age of 117 and ate more than two pounds of chocolate a week — because why not?

The truth, however, is a little less fantastical. "It's mostly meaningless," Dr. Peter Muennig, an associate professor of health policy and management at Columbia University, told Mic. Muennig said when push came to shove, genetics and environment conquer all. "The genes sort of set the clock, and the environment modifies it," he said. "Your behaviors ... move the clock forward or backwards a little bit, but the clock is it."

Muennig estimated that good or bad behavior could grant or deny individuals a few years — and said that even applied to a 122-year-old like Calment.

When reminded of her prodigious smoking habit, the professor was pithy: "She could have lived to be 125."