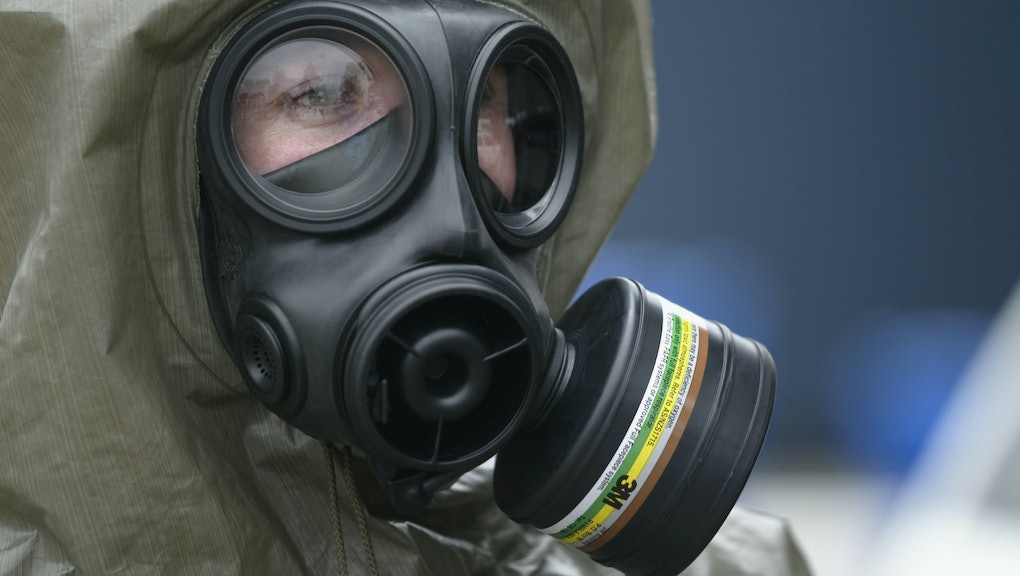 In former Soviet territories, smugglers are trying to sell nuclear arms to terrorists.

According to a new Associated Press investigation, Eastern European authorities working with the assistance of the FBI successfully prevented four separate black-market deals of radioactive material in the past five years.

In the latest attempt, in Moldova this February, an individual attempted to sell what AP reports was a "huge cache of deadly cesium — enough to contaminate several city blocks — and specifically sought a buyer from ISIS [the Islamic State group]."

Investigators eventually determined the cesium in question was not as radioactive as advertised and thus a poor base to build a so-called "dirty bomb." But they also described a series of high-stakes, nerve-wracking operations involving Eastern European organized crime, shadowy Russian spies and traffickers who evaded arrest, possibly with deadly materials in tow.

"We can expect more of these cases," Moldovan police Officer Constantin Malic, who posed undercover as a buyer, told AP. "As long as the smugglers think they can make big money without getting caught, they will keep doing it."

There may be more than 17,000 nuclear weapons in the world, according to CNN, as well as a steady worldwide market in contraband nuclear material. Ultimately, authorities are aware that a non-negligible amount of potentially dangerous material is floating around the black market, thanks in part to a "patchwork" system of international regulatory control that allows some to slip through the cracks.

One case in Georgia in 2012 involved a real buyer, USA Today reports.

"Real buyers are rare in nuclear smuggling cases, and raise real risks," nuclear nonproliferation expert Matthew Bunn told USA Today. "They suggest someone is actively seeking to buy material for a clandestine bomb. There's no plausible reason for looking for black-market uranium other than for nuclear weapons — or profit, by selling to people who are looking to make nuclear weapons."

The threat of nuclear terrorism is taken very seriously by authorities. Last year, President Barack Obama told reporters "the prospect of a nuclear weapon going off in Manhattan" was one of his top security concerns as president.