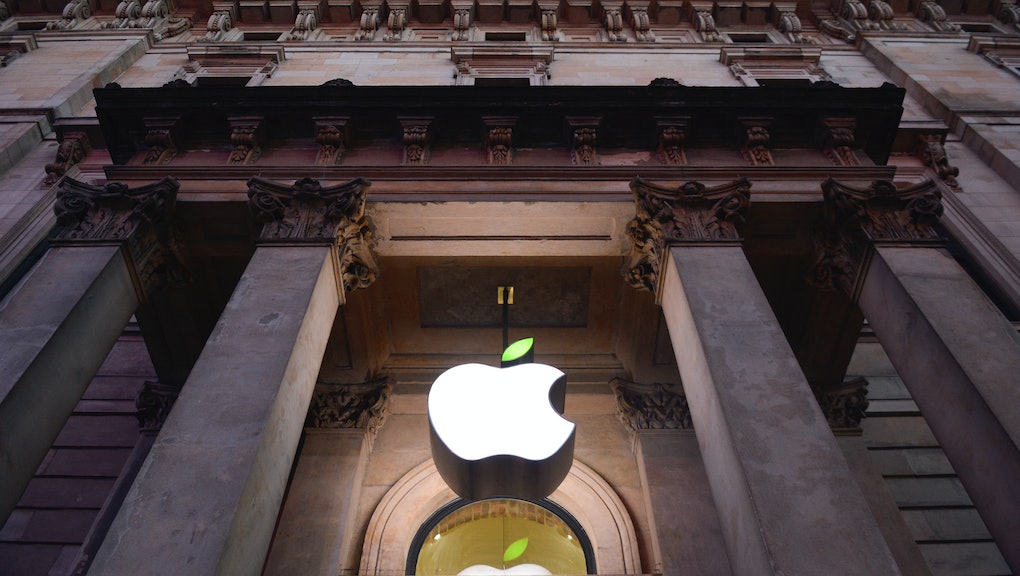 Here's How Much Apple and Google Are Hiding in Overseas Tax Havens, in One Chart

Hiding money in foreign tax havens sounds like the domain of oil barons, rich bankers, major pharmaceutical companies and titans of manufacturing. The truth is, when it comes to hiding money away from U.S. taxation, tech companies like Apple and Google are leading the way.

This week, a new study by the U.S. Public Interest Research Group revealed U.S. companies are holding $2.1 trillion — an amount of cash worth the entire gross domestic product of India — in foreign tax havens. Of the top 30 withholders overall, 10 of those were tech companies, making the creators and providers of our technological future the most represented group when it comes to draconian corporate tactics.

Apple, which walks in the footsteps of the Dutch East India Trading Company as the most valuable company on Earth, is the record holder: $181 billion in foreign tax shelters. By shuffling that money out of the reach of taxation, Apple avoids owing the federal government more than $59 billion. That's over three times Obama's proposed budget for NASA and over twice as much as it cost us to put a man on the moon.

Overall, the report estimates that corporations exploiting these tax loopholes account for $90 billion of lost federal revenue each year.

$59 billion is over three times the annual budget of NASA and over twice as much as it cost us to put a man on the moon.

Industrial Age tax policies are bolstering Internet giants. With the Internet becoming a critical part of our public discourse, private lives and civil infrastructure, the companies that provide the pipes and sell us our phones have become the new rising titans of industry.

But the tax codes of old were designed with traditional manufacturers in mind and don't take into account how much easier it is for companies that sell apps to set up and justify tax shelters. As the New York Times wrote in 2012:

Apple serves as a window on how technology giants have taken advantage of tax codes written for an industrial age and ill suited to today's digital economy. Some profits at companies like Apple, Google, Amazon, Hewlett-Packard and Microsoft derive not from physical goods but from royalties on intellectual property, like the patents on software that makes devices work. Other times, the products themselves are digital, like downloaded songs. It is much easier for businesses with royalties and digital products to move profits to low-tax countries than it is, say, for grocery stores or automakers. A downloaded application, unlike a car, can be sold from anywhere.

The stereotype that these tax havens exist in Caribbean countries like Bermuda or the Cayman Islands is largely true; 60% of the report's offenders had at least one holding company in one of those two countries. Most companies use dozens, if not hundreds, of holding companies. The 358 companies on the list have 7,622 tax haven subsidiaries between them in countries like Switzerland, Luxembourg, Singapore and the Bahamas, while much of Apple's are in Ireland.

Apple has responded to criticism of its money shuffling in the past by saying that they already pay "an enormous amount of taxes," that they adhere to the "highest of ethical standards" and that they contribute to some charities. And it's impossible to expect a business that has a priority to shareholders to make more money not to exploit loopholes and maximize profits.

When what's ethical is interchangeable with what's legal, the only thing that can possibly change this behavior would be a change in laws.

"There are clear policy solutions that lawmakers can enact to crack down on tax haven abuse," the report's online preamble says. "They should end the incentives for companies to shift profits offshore, close the most egregious offshore loopholes and increase transparency."