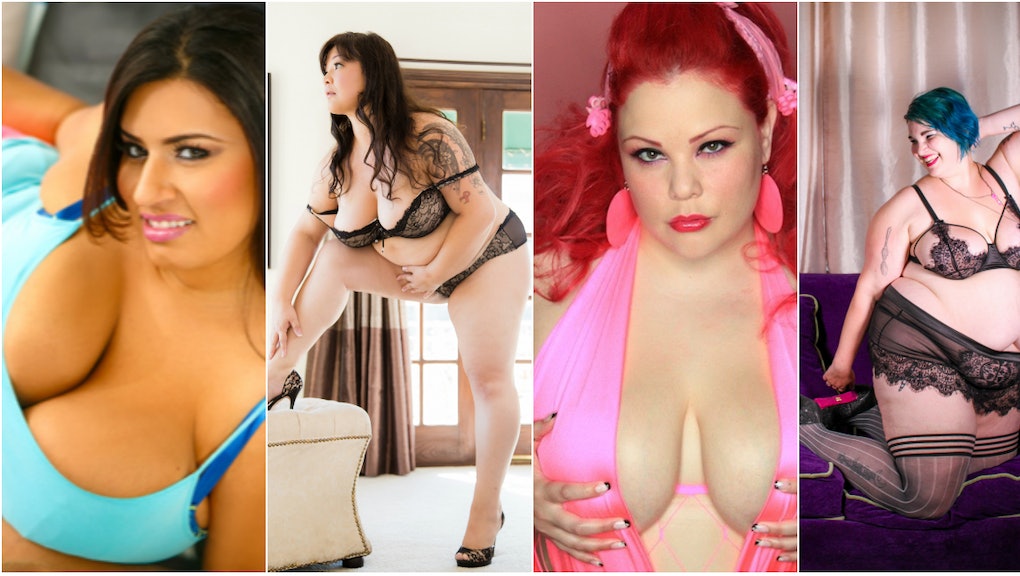 Many adult film stars enter the industry as soon as they turn 18. But Kitty Stryker waited until she was 26. "I had done other types of sex work, like professional domination and escorting," she told Mic.

Stryker told Mic that she identifies with the term "only as it pertains to marketing," adding that she sees it as "amusingly objectifying." Shibari agreed. "We try to take ourselves and our egos out of the situation," she said. "We ask, 'If a guy was searching for the stuff I create, what would he type in as a keyword?'"

While the work of these women is indeed progressive, they admit it can still be frustrating to live in a culture that is slow to realize that big women are just as sexual and deserving of love as anyone else. Stryker admits that she is still sometimes "afraid of being reduced to the trope of the hypersexual, sex-desperate fat chick seen in so many movies and TV shows."

In the IRL dating world, things can get even more complicated, with some men internalizing society's messages about what's considered attractive, often at the expense of their plus-size partners. "I've dated men who were happy to fuck me in private but didn't want to be seen with me in public," Stryker said. "I've had women [look right past]  me to talk to my partner when we're at a party together, because they figure that we must not actually be together."

Flores' hopes are similar: to change cultural perceptions of plus-size women and sexuality by making the point that big girls are indeed sexy and desirable, not to mention DTF. "My goal is to show the world that fat women are sexual and can be viewed as desirable and beautiful. We're able to challenge what is considered beautiful, and that's what I want to do with my work," she said.