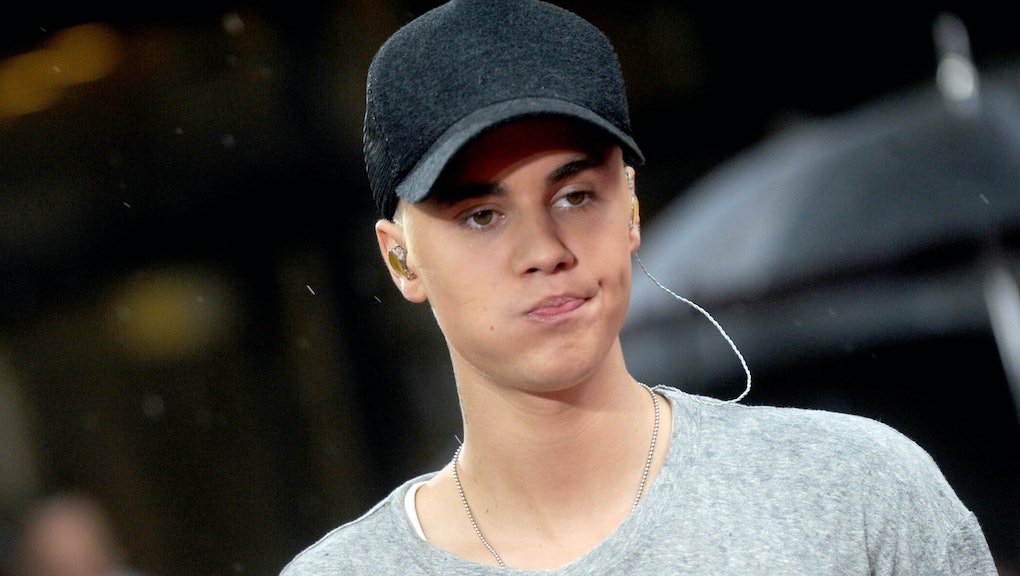 Justin Bieber's nude pics are on the Internet. Paparazzi photos taken when the artist was in Bora Bora found their way onto Twitter today. They aren't just of his backside, as he previously showed off on Instagram. They're full-frontal. The Internet has met Baby, Baby, Baby Bieber.

With the reveal, however, has come the sharing of concerns that the focus on the photos is immoral. The last time celebrity nude photos leaked, crudely nicknamed the Fappenning, one of them, Jennifer Lawrence, famously spoke out against calling it anything but a crime.

So in theory, the Bieber photos should be held to the same standard. Yet the pictures continue to ricochet from one corner of Twitter to the other with abandon. The pictures are being spread despite greater moral logic. It's a conflicted position — one that can only lead to a place of self-loathing, all in six stages.

1. Denial. Don't look at the photos. It's wrong. Who cares if everyone else is talking about it? The ultimate concern here is one of privacy. Looking at the photos is becoming complicit in a crime.

2. Curiosity. Okay, maybe. What does it matter? Justin Bieber doesn't care if I look at his nudes. He's a mature artist in an increasingly privacy-free media world. If he isn't prepared for nude photos of himself to leak, he's not being realistic.

3. Bargaining. That's Bieber's penis? He has nothing to be embarrassed about. He should be proud, even. We should be more sex-positive as a society. Maybe he even knew he was having his picture taken? It does look like he ran out knowing he might be photographed.

4. Disgust. Ugh, turn the computer off. This was a terrible decision. Trying to justify it by writing fan-fiction about the scene, or saying we should all be more sex-friendly? It doesn't make invading someone's privacy any less gross. So what if he's a celebrity? That doesn't make him any less of a person with a right to not have his penis splayed all over social media platforms.

5. Depression. It only feels worse the more one stews on it. What was the reason for doing that? Is it too late to erase an Internet browser's history? If seeing Bieber's wiener wasn't life-altering enough, knowing one was complicit in a crime is just lousy.

6. Acceptance. Ultimately, humans make stupid mistakes. Looking up a celebrity's penis on the Internet is an error that's been made many times before, and will be made many times in the future. Does that make it right? No. Are those who shared the photos any less complicit in the crime? Absolutely not. But it's an understandable decision. The best thing to be done now is grow from it.

So yes, feel free to clear your browser history. We've all been there.