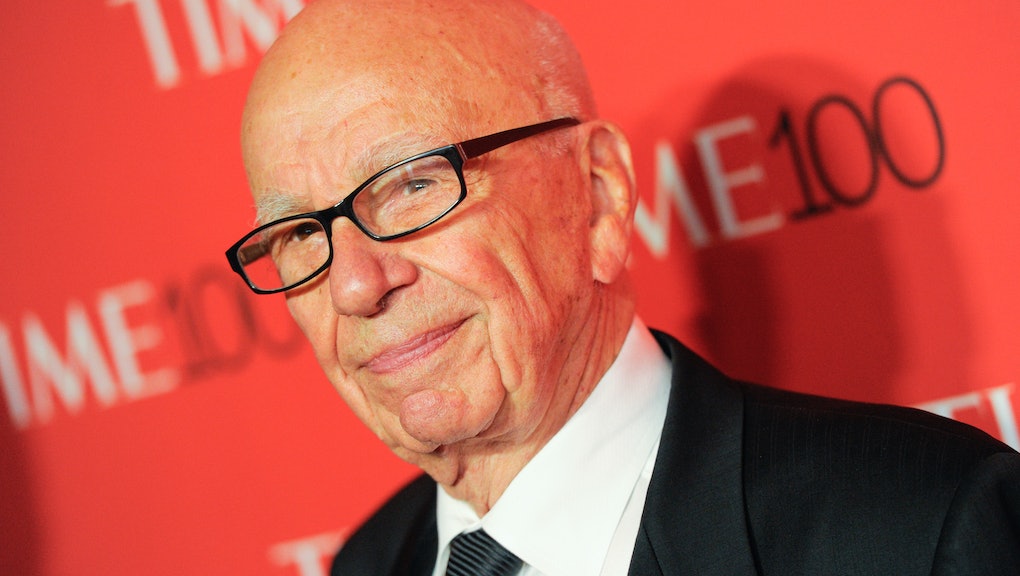 The media magnate took an unsubtle swipe at President Barack Obama in the process. "Ben and Candy Carson terrific. What about a real black President who can properly address the racial divide? And much else," Murdoch tweeted.

Murdoch then added a reference to a New York magazine article about minority disappointment with Obama. Though he did not link to the story, it seems he was referring to Jennifer Senior's piece published Wednesday.

The remarks ricocheted around the Internet, generating more than 900 retweets in 10 hours, and more than a few be bemused responses.

Murdoch attempted to resolve the situation in a follow-up tweet on Thursday morning:

It's not the first time Murdoch has landed in hot water over his typically freewheeling Twitter feed. In January, Murdoch took to the medium to advocate all Muslims take collective responsibility for Islamic terrorism. A spokeswoman told CNN at the time "We don't comment on his tweets."

Murdoch's tweet questioning Obama's "blackness" isn't the first time Murdoch's Fox News network has raised objections to the president's identity and legitimacy. In 2011, Fox presenter Sean Hannity dedicated significant air time to speculating whether Obama was a U.S. citizen or had been born in Kenya. "What's the deal? Produce the birth certificate ... Why won't they release the birth certificate?" he said, according to Media Matters for America .

Nevertheless, with Fox News still dominating cable news ratings, it likely won't be the last word Murdoch, and his surrogates, have on the subject.