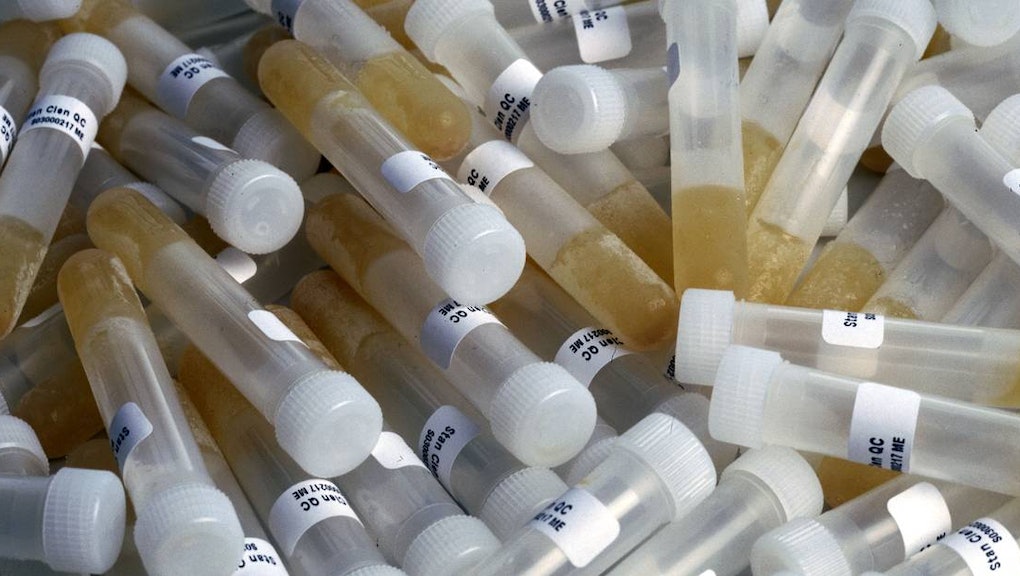 After 1 Year of Tennessee Drug Testing Welfare Applicants, Here Are the Shocking Results

Conservative politicians across the United States always seem to be brimming with creative ideas for policing the lives of the poor.

Whether proposing restrictions on what kind of food people can buy with food stamps in Wisconsin or passing laws that prohibit welfare recipients from withdrawing more than $25 in benefits a day in Kansas, there's no scarcity of policies that make the lives of the impoverished even more difficult.

But lately, the case for at least one of these conservative policy prescriptions for attaching more strings to assistance is growing threadbare even for its advocates: drug-testing for welfare applicants.

Last summer, Tennessee instituted a policy of screening all of its welfare applicants for drug use, and then testing those who indicated some probability of being users. Those who test positive are expected to undergo a mandatory rehabilitation program; if they fail to complete it, they lose their benefits.

One year after initiating the program to monitor nearly 30,000 people, a mere .19% of applicants in Tennessee failed a drug test, reports WMOT.

The fact that less than 1% of applicants failed a drug test during Tennessee's first year of screening shouldn't be surprising. An analysis by ThinkProgress of data from seven states' drug-testing programs earlier this year found drug use rates among welfare applicants to be, on average, a fraction of the rate of illegal drug use among the general population, which hovers around 9%.

Which prompts the question: Is it worth the cost, in terms of money and stigma, to institute these programs to weed out drug users? And given the knowledge that drug use is not a unique affliction of the poor — and that use is not the same thing as addiction — should states be developing plans that encourage serious drug addicts to seek help without shaming them or depriving them of the money they need to survive?

How the program works: According to ThinkProgress, the Tennessee program screens for potential illicit drug users through three questions on its aid application. Just 1.6% of the 28,559 people who applied for welfare answered one of the questions positively, and out of the 468 people who then took a urine test, about 11.7% tested positive for drug use.

Out of the 55 who failed the test and were then required to complete "substance abuse evaluation," 32 did not go through with the process and were denied cash benefits.

There are a number of issues to consider about this process. One is that if it is an accurate portrait of drug consumption, drug use rates among welfare applicants is so astonishingly low that even the low cost of testing ($11,000, according to WMOT) don't appear to be worth it.

But it's also worth asking how the numbers could be distorted by the questionnaire screening process. Does knowledge that one could be tested discourage drug addicts from applying for welfare? Does fear of failing a drug test mean that drug addicts lie on their aid applications?

Either one of those possibilities should be considered a sign of a failed policy. If people who are suffering both the crises of poverty and drug addiction are scared off by the sobriety requirements for cash assistance, or forced to be dishonest in order to meet them, that defeats the entire purpose of the program. While finding a way to funnel people with severe addictions into rehabilitation programs is good policy, making sobriety or sobriety programming a condition of receiving aid can do as much harm as good. The alternative — unconditional assistance and increased access to treatment programs — seems to be more likely to achieve public health goals and protect the poor.

All of this is to say nothing of the problematic way in which drug tests conflate use with addiction. The reality is that the overwhelming majority of people who use illegal drugs are not addicts. Should somebody who isn't addicted to a drug be forced to undergo treatment meant for someone who is?

The infinitesimal numbers coming out of these welfare programs should give us serious pause. If the numbers are an accurate reflection of the rate of drug use among applicants, that would suggest that they can't even afford drugs. Forcing them to endure a screening process based on stereotypes of addiction-born poverty is undignified and wasteful. If it's artificially low, we know that welfare is being funneled away from people lost in the throes of addiction who have no faith in the process, or is being given to people who think it's best to keep it private rather than risk losing their last lifeline.

In a country that has designed welfare so poorly that millions suffer from $2-a-day poverty, that's a tragedy, but not a surprise.