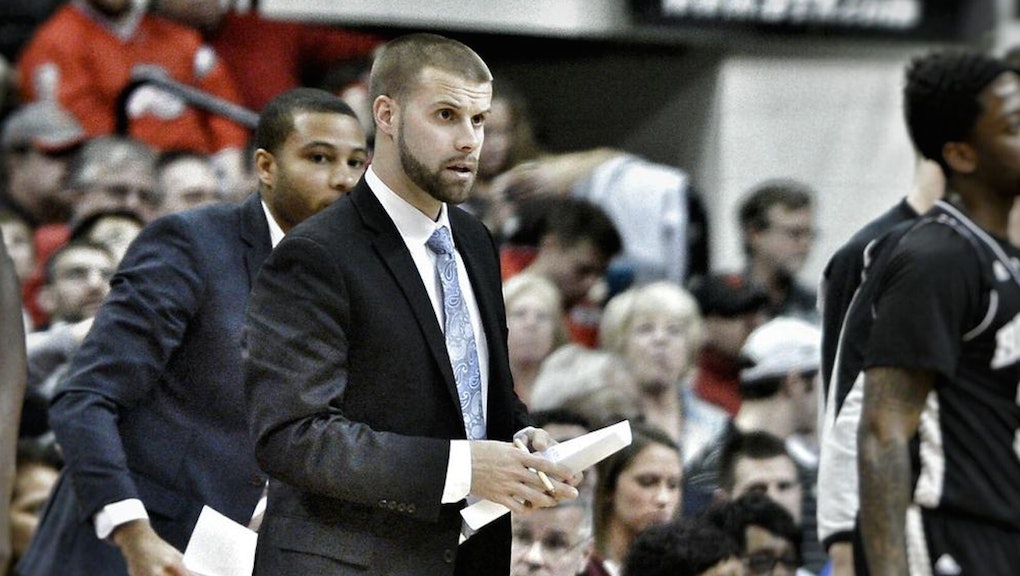 Who Is Chris Burns? Bryant University Assistant Coach Comes Out

Bryant University's assistant men's basketball coach Chris Burns recently opened up about his sexuality to the college's basketball team, making him the only openly gay assistant or head coach out of some 3,000 coaches in men's and women's division 1 basketball leagues nationwide. The coach revealed in an Out Sports exclusive published Wednesday that it was the Supreme Court's June decision to legalize gay marriage across the nation which finally led him to being open about being gay after living a double-life and having to frequently lie to hide his sexuality, he said.

"I'm a gay man," Burns told the university's basketball players, USA Today reports. The Bulldogs crowded around the coach, offering hugs and support after he told players his sexuality has been the cause of emotional stress. He told the publication, "I can't say enough about believing in the good in people, the good in human beings, they can surprise you, energize you, give you a reason to believe in the good in the world."

The coach's move follows a series similar announcements from sports players across a number of U.S. leagues. College sports has also seen additional diversity this year. Princeton offensive lineman Mason Darrow made headlines when he came out as the league's only openly gay player in September. Burns attributes his confidence in opening up to his team to Nike's LGBT Sports Summit and other opportunities the coach has had to meet and speak with other members of the sports world who represent as LGBTQ.

"As I met other gay men in sports, and other gay men with similar interests to mine, I found so many people that I felt I could connect with on a level that made our sexual orientation somewhat coincidental," Burns wrote. "Since I started telling people in college basketball over the last few months, I've realized my fears were far worse than reality."

USA Today reports the 31-year-old coach, who originally played on the team and helped lead the Bulldogs to a national championship in 2005, shared his sexuality in an effort to bring the team closer together. And for anyone in the sports world thinking of opening up about their sexuality, Burns has some advice. "Take your time and be comfortable," he said. "Everyone's personal journey is special and unique, and no one should feel pressure to do anything they aren't comfortable with."