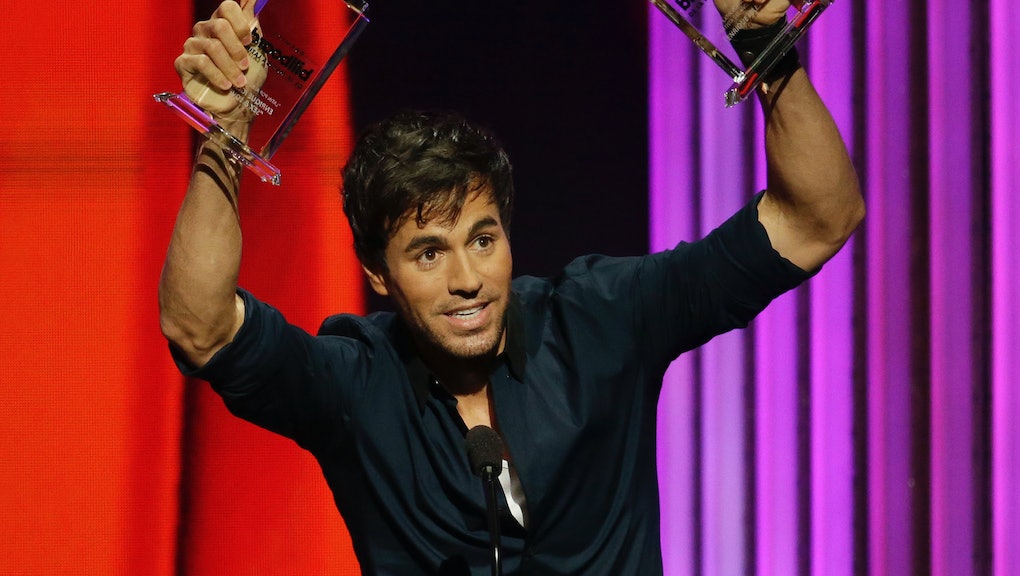 The lineup for the first-ever Latin American Music Awards on Thursday is stacked: Daddy Yankee, Shaggy, Lil Jon and Il Volo are four of the award show's 17 confirmed live performances, Billboard Reports. "Bailando" veteran Latin artist Enrique Iglesias is up for artist of the year. Demi Lovato and Selena Gomez are also nominated in the categories of favorite crossover artist and favorite dance song, respectively.

The event marks the first time Dick Clark Productions, producer of the American Music Awards, will air a Spanish-language awards show, according to Billboard. Mexican multiplatinum singer and actress Lucero is hosting the show, which will air live on NBC Universal's Spanish network Telemundo. The show beings at the Dolby Theatre in Los Angeles on Thursday at 8 p.m. ET after a one-hour red carpet pre-show.

Nominations are based on fan interactions including sales, airplay and social activity measured by Billboard's data partners. A full list of the nominations for each category, as well as voting information, is available at Billboard.

The event has been promoted through its Instagram account, which has gained over 10,000 followers. All information for the event can be found in Spanish on Telemundo's website.

The Latin AMAs represent an opportunity for advertisers to tap into the growing population of Hispanics in the United States. Latin Americans are expected to make up 30% of the United States' population by 2050 and currently have an estimated $1.5 trillion buying power that has grown 50% over the past five years, according to Google's digital marketing blog.