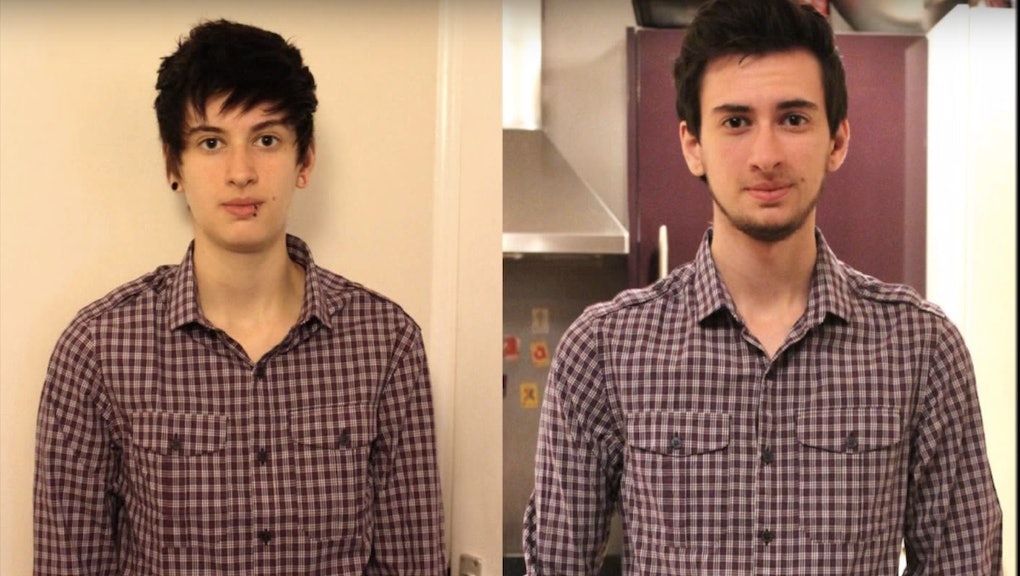 What a difference a little time makes.

YouTube user Jamie Raines, a 21-year-old trans man, shared a video documenting his nearly three-year journey beginning on the day he started hormone therapy to transition, Jan. 25, 2012. Raines took one selfie a day, chronicling the changes in his body through hormones and a surgical procedure to alter his chest. Those images were compiled in a YouTube video posted last November and is making the rounds as of late.

Raines shared images of what his body — his face, stomach and biceps — looked like when he began to transition.

One year into his transition, Raines showed many visible changes. Raines told BuzzFeed this week he initially planned to stop after one year, but decided to continue because he "didn't get any facial hair in my first year."

Congratulations, Jamie Raines! And thanks for sharing.

Watch a time-lapse of Jamie's transition below: