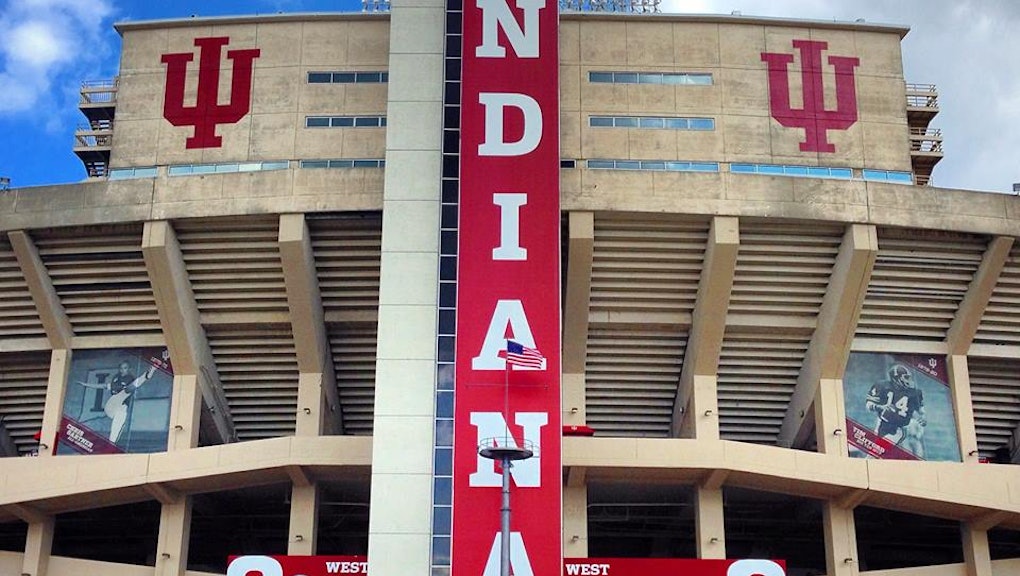 A fraternity chapter at Indiana University has been closed down after a video of frat brothers apparently forcing a pledge to perform oral sex on an exotic female dancer surfaced on Reddit Wednesday, an act some social media users are calling rape. The video was immediately removed from the site and the fraternity's national organization closed the chapter Thursday, according to a press release from the fraternity's national office, hours after the university suspended the frat pending an investigation.

The graphic video, which has been circulating throughout social media, depicts shirtless men at Indiana University's chapter of Alpha Tau Omega circling two exotic female dancers hired by a fraternity member, according to the statement. A young man, who's seemingly being hazed, appears locked between one of the women's legs while another man slaps him on the back.

The university has released a full statement concerning the accused fraternity's future.

People reacted with disgust on Twitter. Some are calling the apparent "hazing ritual" rape:

Fraternities have recently been accused of promoting rape culture after several recent high-profile incidents. In August, a fraternity at Old Dominion University came under fire after displaying suggestive signs on the front of their chapter house during welcome week that read "Hope your baby girl is ready for a good time" and "Go ahead and drop Mom off too."