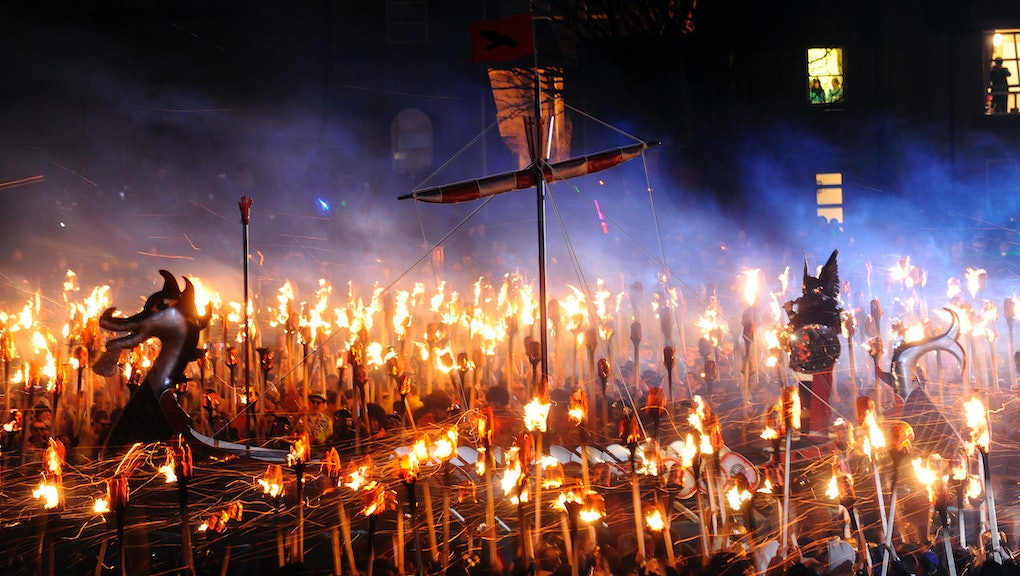 Friday is National Leif Erikson Day, an observance that commemorates the first European to set foot on North American soil. In the spirit of exploration, the holiday comes at an appropriate time, considering the newly launched independent space race to the moon. While there's no one way to celebrate a day dedicated to the Nordic explorer, it's customary for the president to issue a proclamation each year.

Often, presidential proclamations on Leif Erikson Day touch on the importance of exploration and last year was no exception. "The far reaches of our universe and the depths of our oceans remain unexplored, and the next frontiers in science, medicine and technology await a new generation of innovators and entrepreneurs," President Barack Obama said on Leif Erikson Day 2014. "As a nation, let us carry forward the spirit of Leif Erikson and seize the future together."

Leif Erikson Day 2014 happened to coincide with the 200th anniversary of the adoption of Norway's constitution, a milestone Obama highlighted in his official proclamation as he helped to put the holiday into perspective.

"As we reflect on our common past," Obama said during the proclamation, "we rededicate ourselves to preserving all that has brought us together: the story of a fearless leader who reached for new possibilities; our shared commitment to self-determination and freedom; and the simple truth that has drawn immigrants to our shores. In America, anyone who works hard should be able to get ahead.

"Today, there is more work to do to strengthen these promises, and we require bold thinkers and explorers to achieve what we know can be possible," Obama said.

Erikson was born in the late-10th century A.D. in Iceland, according to the History Channel. His father, Erik the Red, founded Europe's first settlement in Greenland. Around 1000 A.D., Erikson was living in Norway and working for King Olaf I.

The History Channel offers two schools of thought for how Erikson arrived in North America.

One theory is that he got lost. According to that line of thinking, Erikson sailed off course en route to Greenland when he stumbled upon North America and named the territory Vinland.

Another theory argues Erikson deliberately sought out Vinland based on stories he'd heard from an Icelandic trader.

After exploring Vinland, Erikson left the land for good. It was nearly four centuries later, in 1492, when Christopher Columbus arrived in North America.