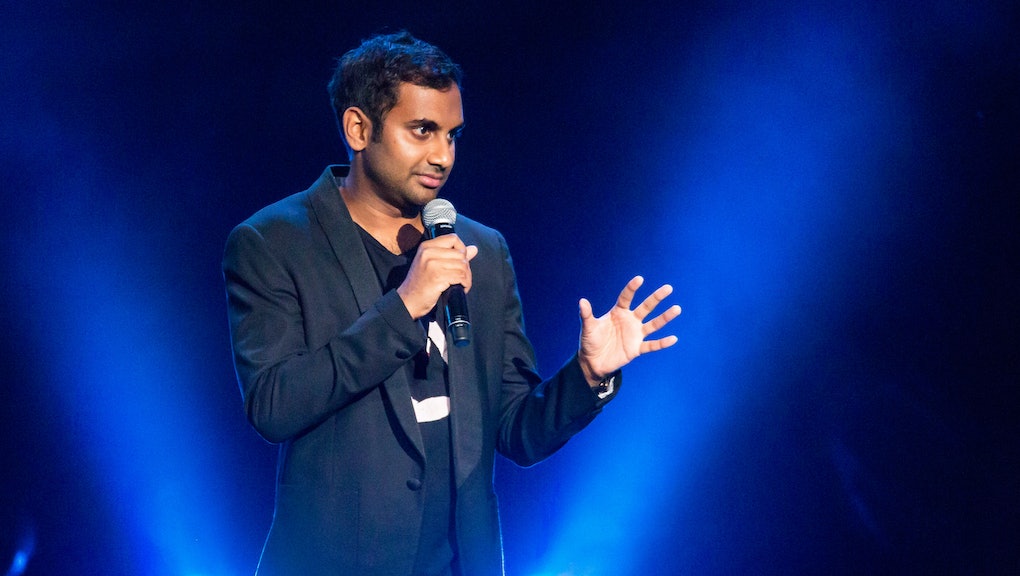 Indian-Americans have a long and complicated relationship with U.S. media. For decades, the myths and misconceptions perpetuated by mainstream outlets (film, television, print and online) have not only enshrined harmful stereotypes, they've set a narrow range of standards by which Indian-American identity can be measured, imagined and performed.

Things seem to be changing, slowly. But to detangle how far we've come and how far we still have to go, Mic spoke with Karthick Ramakrishnan, professor of public policy and political science at the University of California at Irvine and founder of AAPI Data, a resource for statistical information on Asian-Americans and Pacific Islanders.

Below are some of the narratives he says have been perpetuated for years, and some that need to be emphasized moving forward.

Too often, the "Asian" half of "Asian-American" is presumed to mean East Asian — i.e. Chinese, Japanese, Korean or other groups descended from somewhere along the continent's Pacific coastline. This ignores a huge swath of others, most notably from South Asia: Pakistanis, Sri Lankans, Nepalese, Bhutanese and Bangladeshis, to name a few.

The bigger issue, perhaps, is that the term Asian-American can suggest similarities across these groups that fail to account for their diversity. But as far as being included such a broad category, it's important to know this: Indian-Americans hail from the largest of the South Asian sub-groups, and since the early 1800s have blossomed into the third largest Asian-identifying demographic in the United States.

"I think there has been a change in the media landscape when it comes to representation," Ramakrishnan told Mic. "What's interesting most recently is the popularity of Mindy Kaling, Aziz Ansari and the characters they've played."

Ansari was an admired underground comedian before taking on the role of Tom Haverford on the TV show Parks and Recreation. Now he's the author of a New York Times best-selling book, Modern Romance, and performing stand-up in major arenas. Kaling, a writer and former cast member of The Office, has her own popular TV show, The Mindy Project, and two New York Times best-selling memoirs.

"It's been very different," Ramakrishnan said. "They're not playing the nerdy type or the highly skilled pro. These kinds of leading characters open up other possibilities that we don't typically think of Indians doing."

3. We are not foreigners.

For a very long time, being Indian, or being Asian more broadly, had been conflated with being inherently foreign, or non-American. "When you look maybe 20 years ago," Ramakrishnan said, "the dominant traits of how we were portrayed was like, the Apu character [from The Simpsons], with a thick accent."

As outlined earlier, Indian-Americans have been a presence in the United States since at least the early 1800s. But population growth, spurred in part by generous U.S. immigration policies that favored students and highly skilled laborers, has resulted in multiple generations of Indian-Americans, with varying degrees of separation from India.

"I think now there's a growing and significant second generation," Ramakrishnan said, "a population that's starting to get middle-aged now. We're in our 30s to 50s. And the experiences of that generation haven't been reflected as much in these portrayals [of us as foreigners]."

4. We are not your exotic fantasy.

The predominant portrayal of India and Indians in Hollywood for much of the 20th century reached an extreme in Indiana Jones and the Temple of Doom (1984). "There's the scene where they're at dinner and everyone is eating eyeball soup and baby snakes and monkey brains," Ramakrishnan said. "A lot of South Asians saw it as a cringeworthy representation of their culture."

India getting framed as exotic, whether sumptuously or gruesomely so, is a clear remnant of the Other-ing legacy of colonialism. "I think there's been a change in the media landscape," Ramakrishnan said, "but even now, there are still aspects of the old way."

This should go without saying. Before the presence of celebrity M.D.s like Dr. Sanjay Gupta it was rare to see an Indian-American on TV at all. Soon afterward the predominant portrayal seemed to be that they were mostly doctors, scientists and tech nerds, Ramakrishnan said.

"There was the shopkeeper, then the doctor and the science geek," Ramakrishnan said. "It's starting to change now, but I'd like to see more Indian-Americans portrayed like everyone else and having different types of professions."

6. We are leaders in business.

"You don't see too many Indian-Americans shown as business executives," Ramakrishnan said, "but many have served as the CEOs of large corporations."

Sundar Pichai was named the CEO of Google over the summer while Satya Nadella, a longtime Microsoft employee, was named CEO in 2014. Indra Nooyi, one of the few female CEOs of a Fortune 500 company, has been the CEO of PepsiCo for nearly a decade. Vikram Pandit was the CEO of Citigroup from 2007 to 2012. Shantanu Narayen is the CEO of Adobe Systems. A number of others complete an impressive lineup of Indian-American business executives, pushing on the limited range of professions the media would have us believe.

At the same time, there's this: "Indian-American women especially have taken on leadership roles in a lot of prominent social justice organizations," Ramakrishnan said, including Rinku Sen, executive director at Race Forward, and Neera Tanden at the Center for American Progress. Add folks like Deepa Iyer and the numerous Indian and Indian-American researchers and directors at Human Rights Watch, and it's clear the stereotype of Asian-Americans as not political is simply false.

Multi-faceted: The diversity that defines the Indian-American experience is shaped by many factors. While stereotypes and misconceptions have spurred plenty of misunderstanding, successes — from the competitive prowess of Indian-American youth at the Scripps National Spelling Bee to their persistence among the highest educated and highest-paid per capita groups in the United States — have shaped them as well.

The United States remains a country where ethnic groups are confined to narrow roles by virtue of ideas perpetuated, in part by the media, about who they should, should not, can and cannot be.

"For a long time there weren't as many role models for Indian-Americans, in terms of careers in social justice, media, academia, et cetera," Ramakrishnan said. "But I'm glad many of us haven't succumbed to that."